Back in the water at last!  After almost five months, we have returned Tangalooma to the club. With a high tide around 1.30 pm we enlisted a couple of Top Weight crew to man-handle the boat out of the roller door in the boatshed, and down about a metre into the water. Some tricky manouvering followed to turn the boat, and extract it under the wharf to open water. Some gentle rowing and we were back to the new boat ramp. While Britannia will be the first boat down the new ramp next week, Tangalooma was the first boat up the ramp.

There are still a few final touches required which will happen during the week when Robart Tierne returns from Brisbane where he is making a mast for his 50 footer, but we are close to the end of the work. The really big job will be cleaning out the boatshed where we have been working for the last five months.

We had a few visitors including Ross Webb who made a significant contribution. We were able to show Ross and his wife what exactly we had done and thank him personally for his support. Budget-wise we ran a bit over budget and if anyone would still like to make a contribution via the Australian Sports Foundation facility on the SFS home page, we will leave it open for another two weeks.

Thanks to all those who put in the hours to rebuild our boat. Robert has put in hundreds of hours but also people like John, Con, Coral, Greg, Pascal, Julie, Francesco and Ed have been consistently there to keep us moving forward. It has been a real team effort.

Thanks also to Pascal for all the pictures. 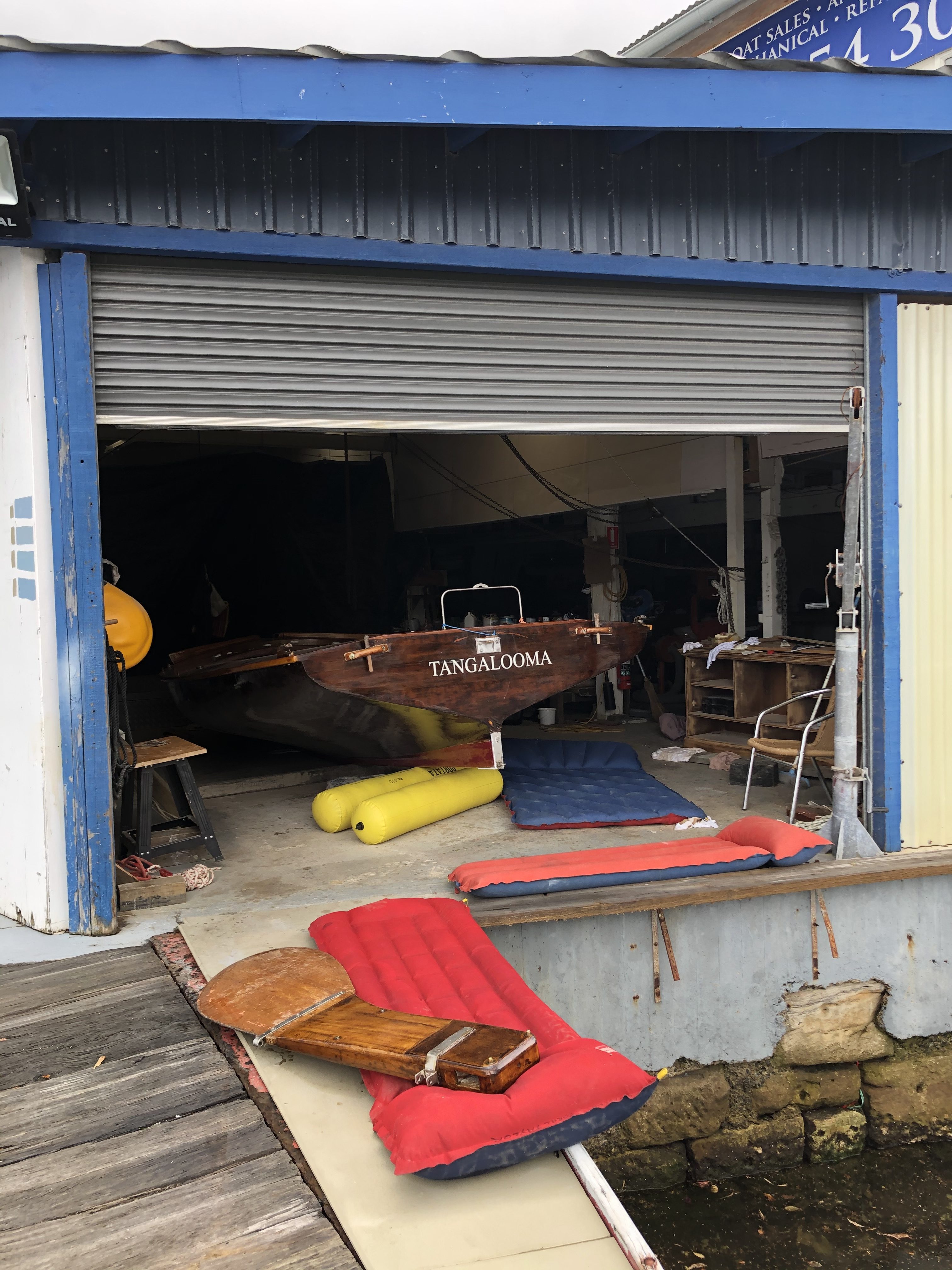 Ready to go back in the water. 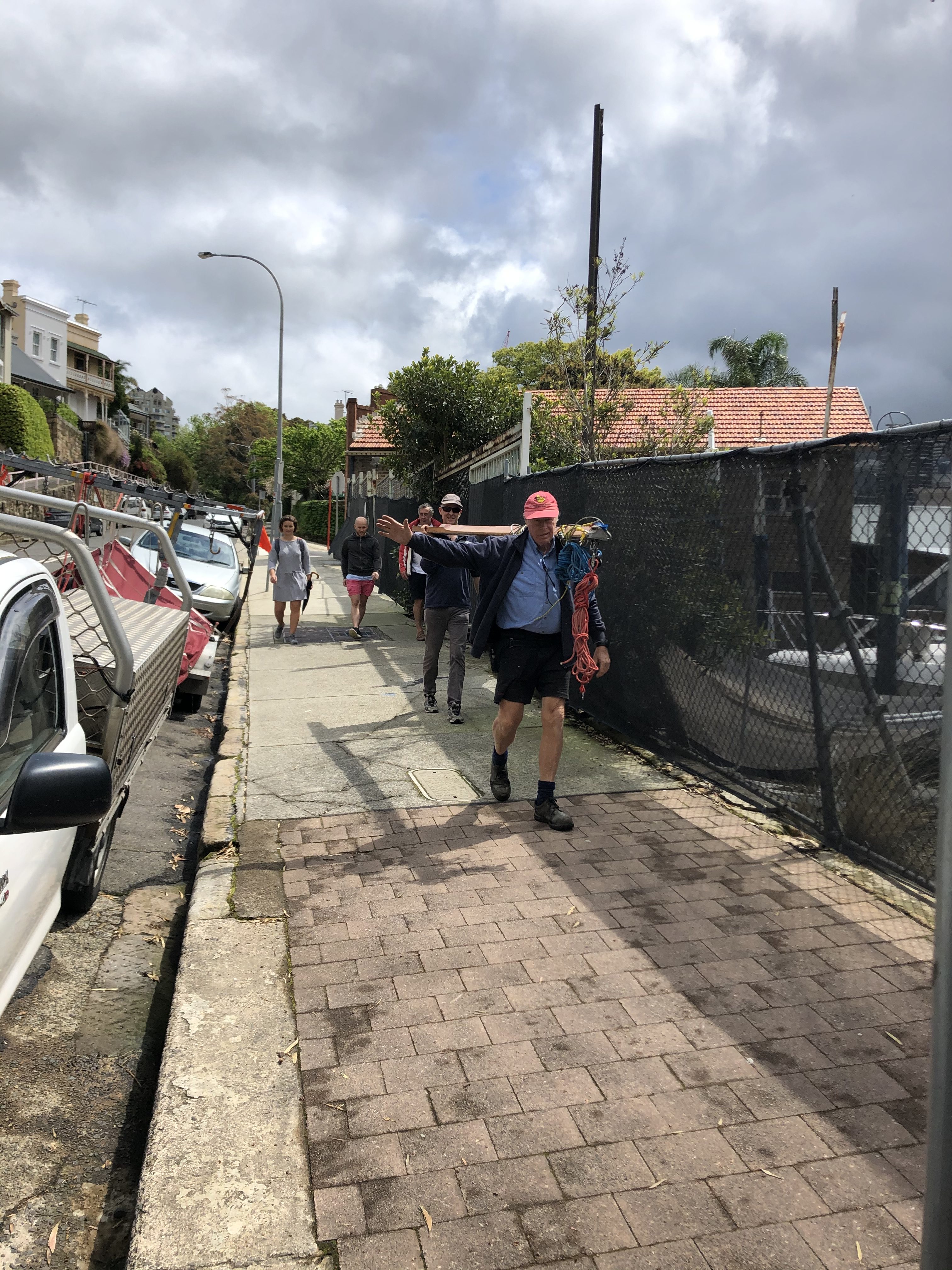 First bring the bumkin to the boatshed 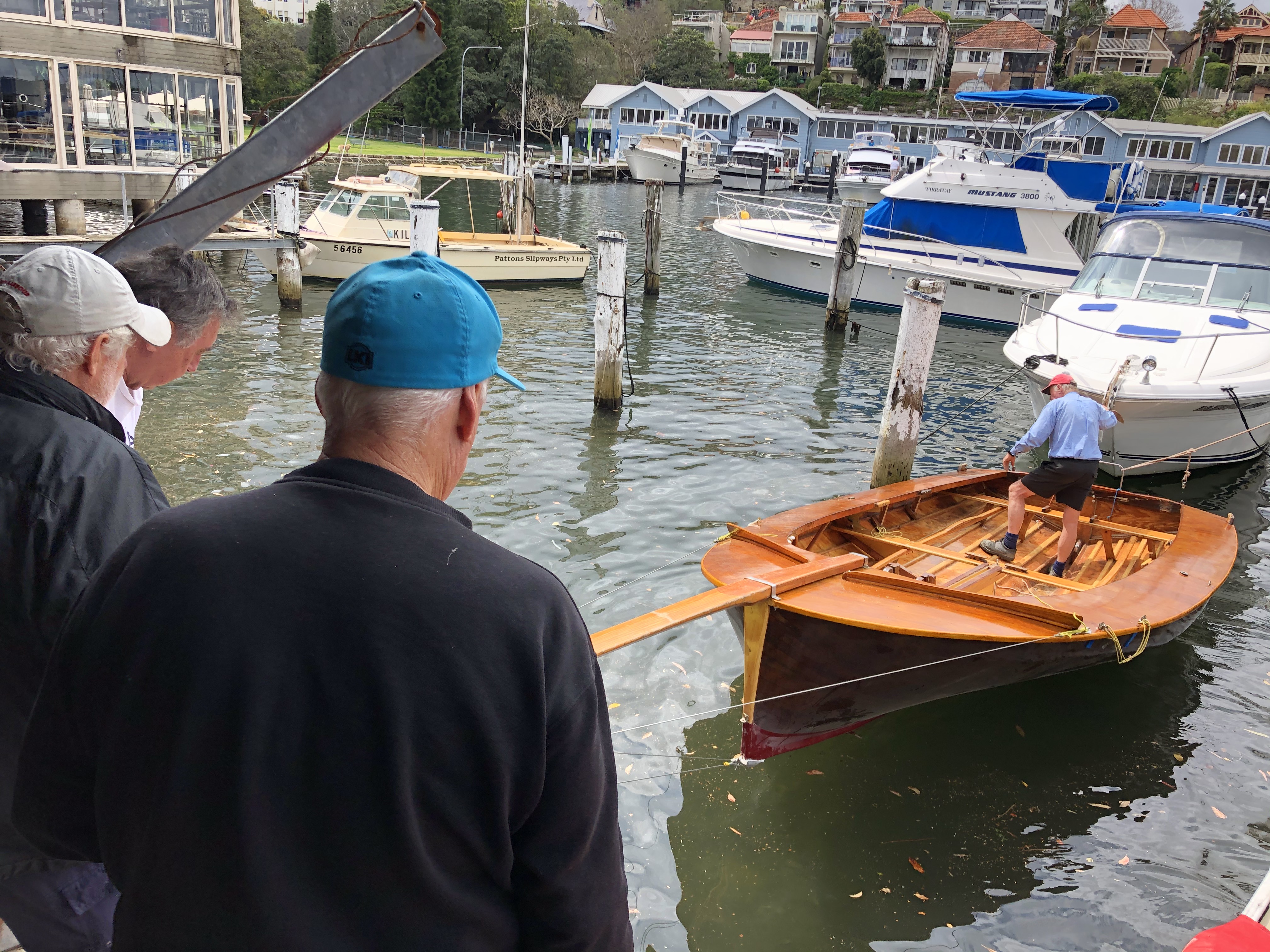 I said it was tight 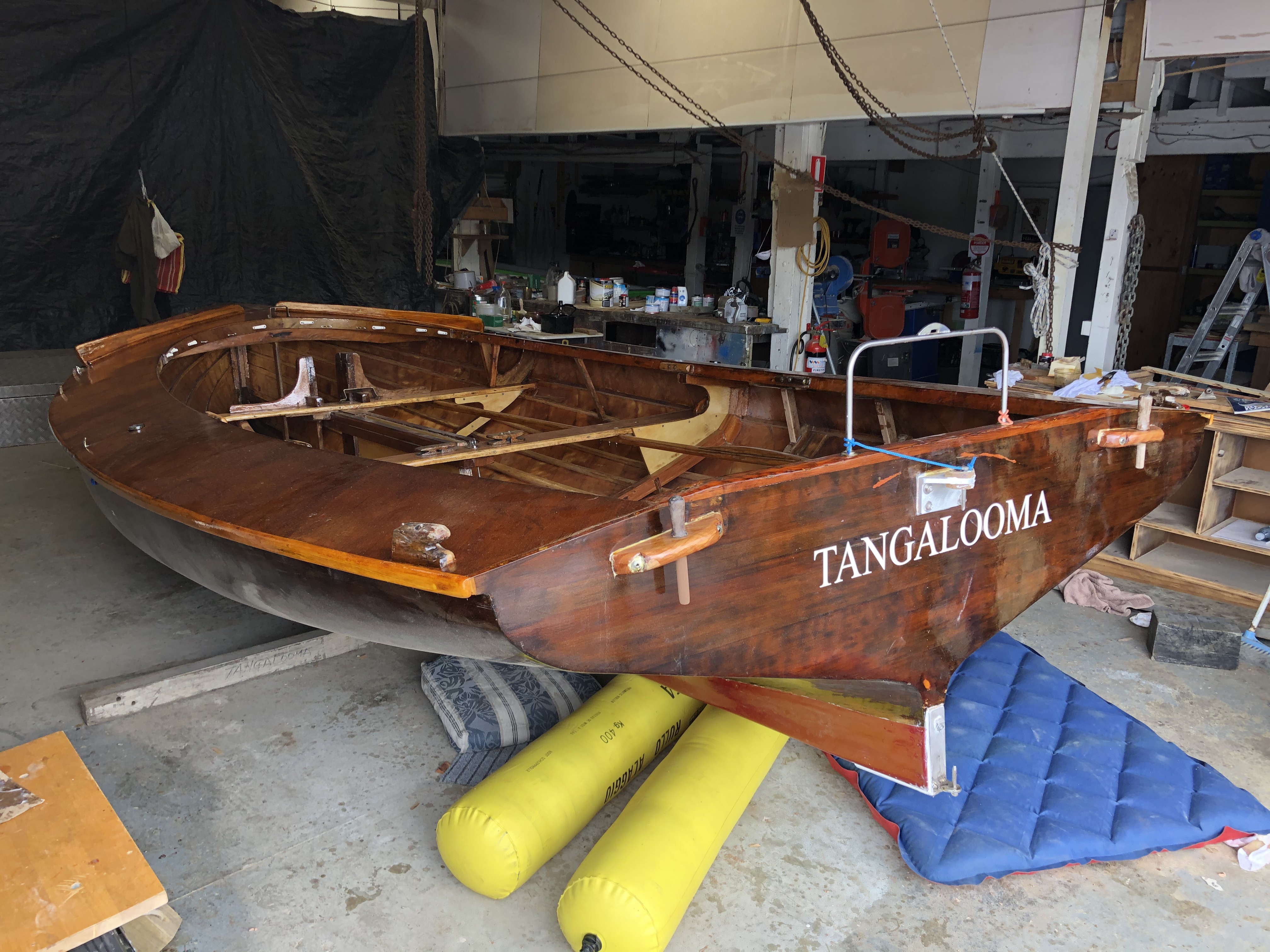 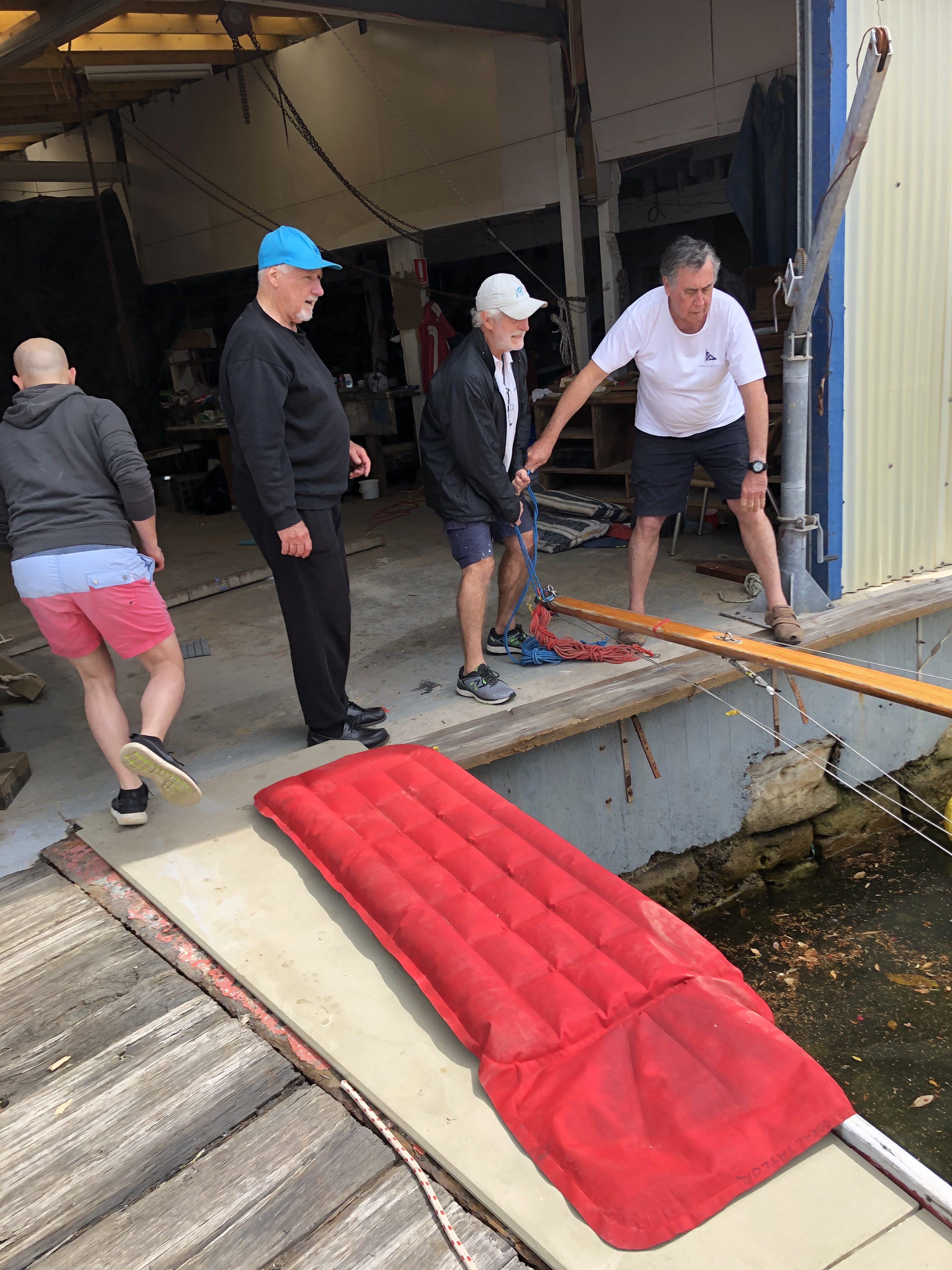 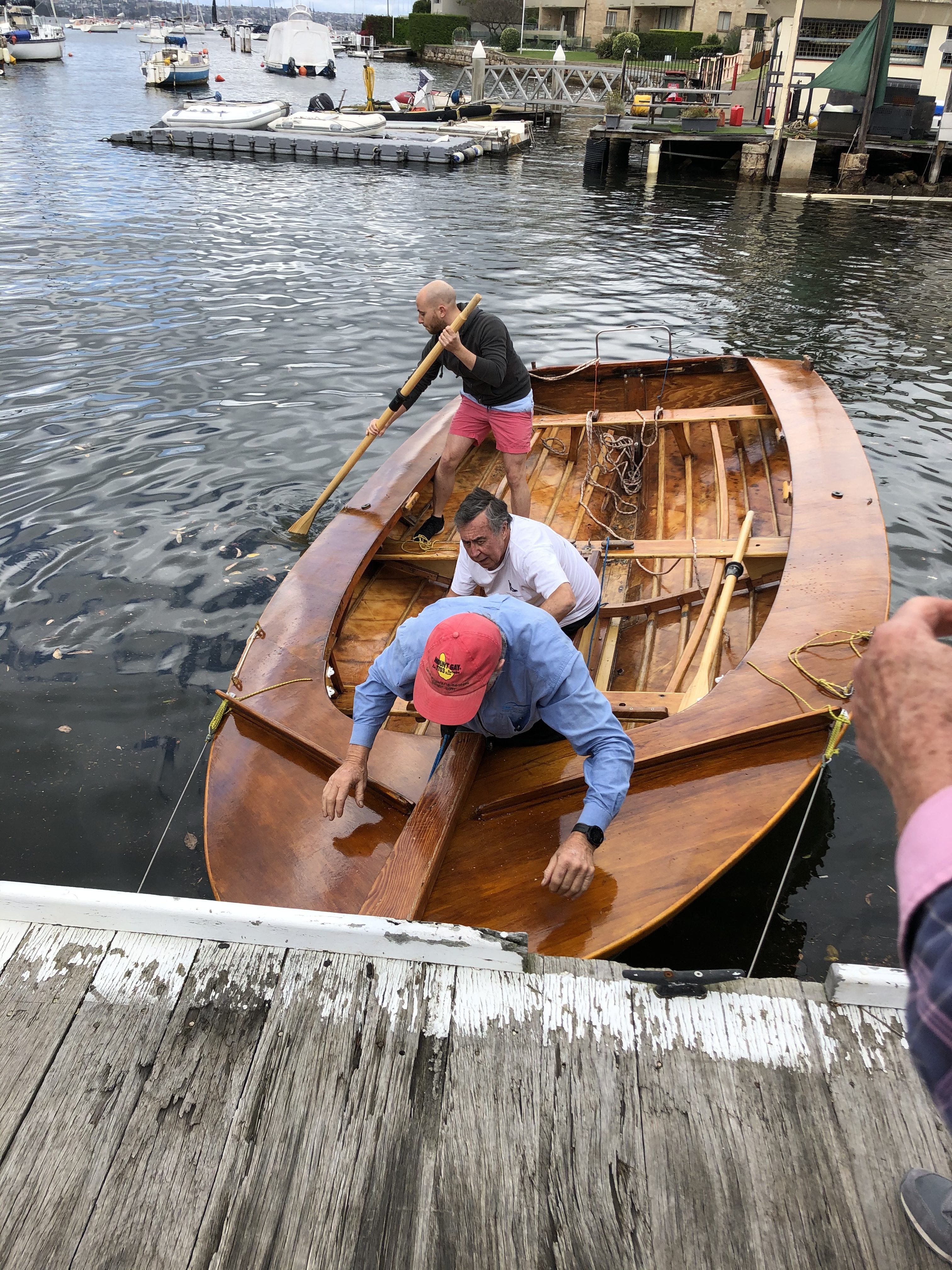 Rowing under the wharf. We had a few centimetres clearance. 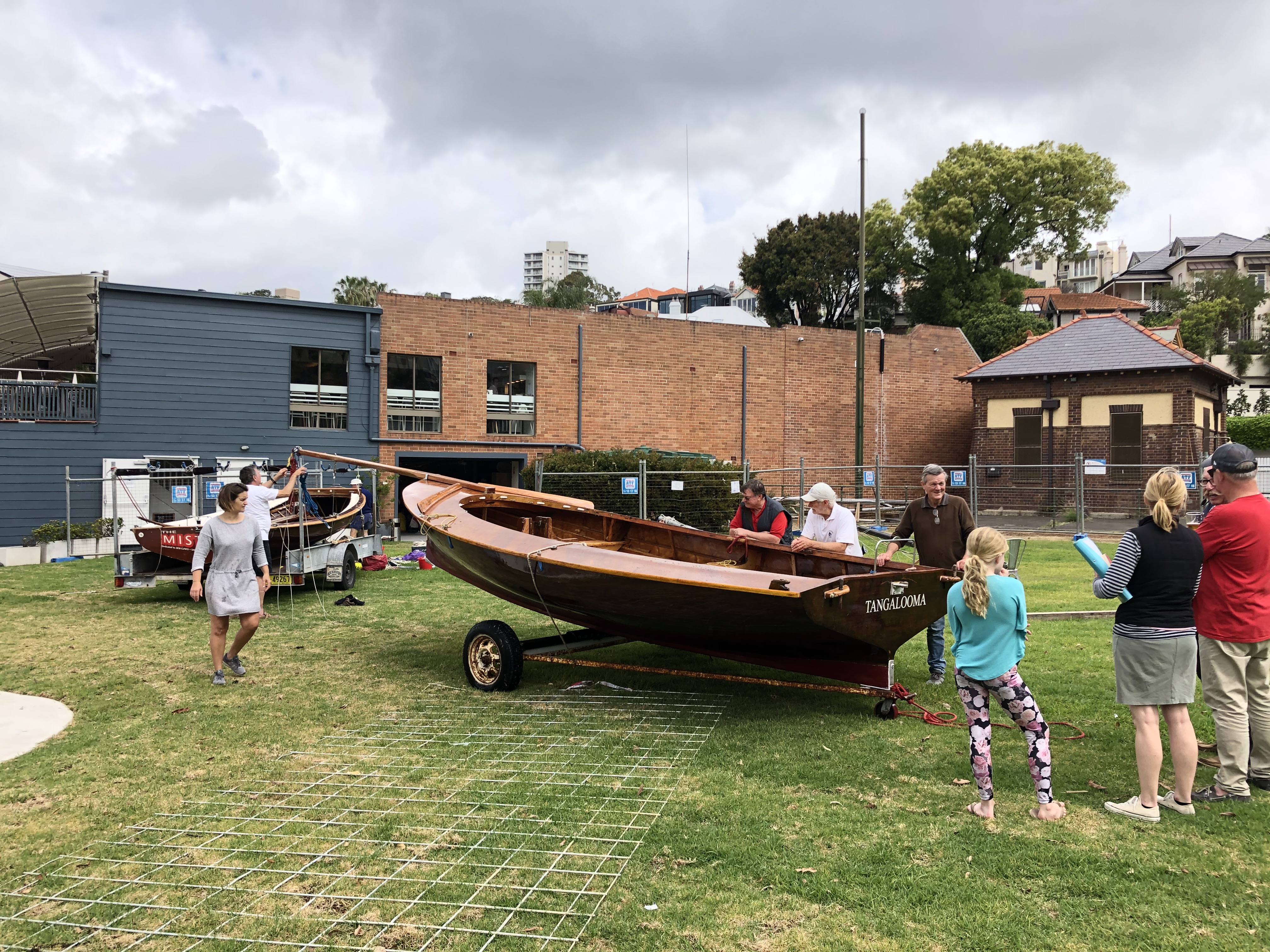