Extension to the World War I Honor Roll 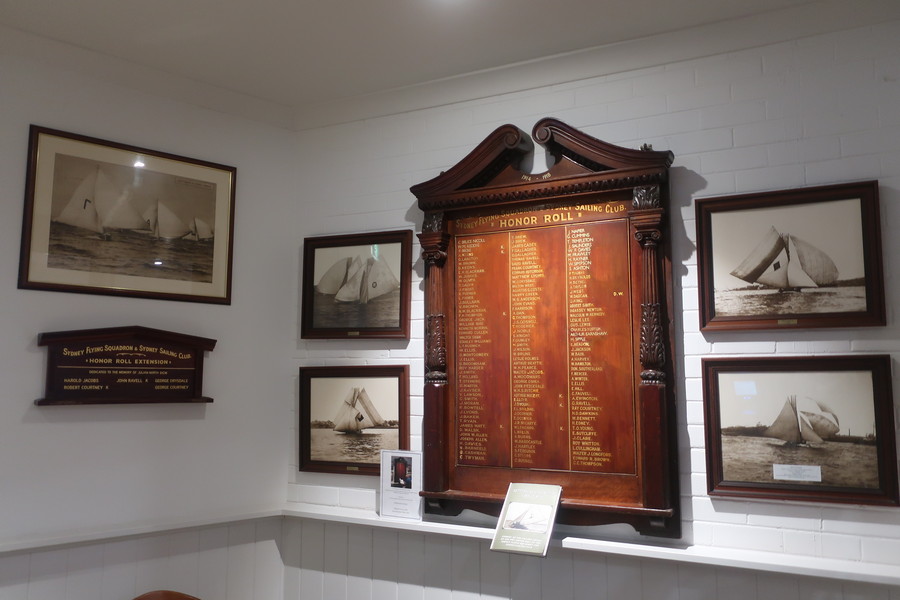 A small tablet, bearing the names of six Sydney Flying Squadron and Sydney Sailing Club sailors who missed out being recorded on the Club’s World War One Honor Roll, has been hung on the wall adjacent to the original board.   Crafted out of Illawarra cedar by SFS volunteer, Russell Edyvean, it ensures that these WWI soldier-sailors are not forgotten.   The original Honor Roll closed in August 1917 when the space on the board was filled.  It was intended to open more space for ten more names but, as far as we know, further space was never provided.   We now acknowledge and honour the six sailors we have found. 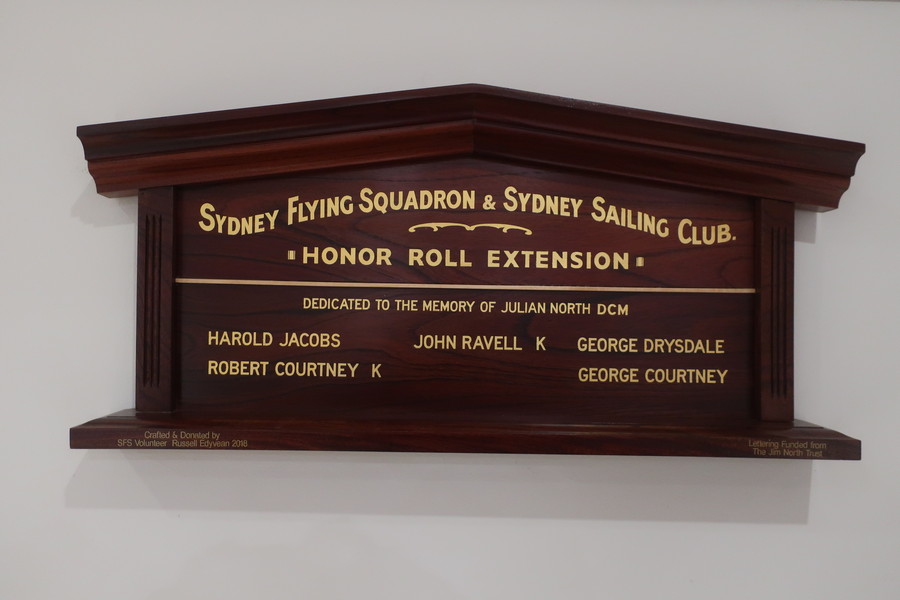 The book “Setting Sail for the Great War” by Adrienne Jackson, Veronica Scully and Steve Scully,  telling the stories of the sailors on the Club’s Honor Roll, was launched by the Governor-General, Sir Peter Cosgrove, on 27 March, 2016, one hundred years after the unveiling of the Honor Roll itself.   Now in the 100th year since the ending of World War I, the profiles of the six additional sailors have been prepared for the record.  Two of them were killed in action; both came from families of sailors and sportsmen who had other brothers at the front. 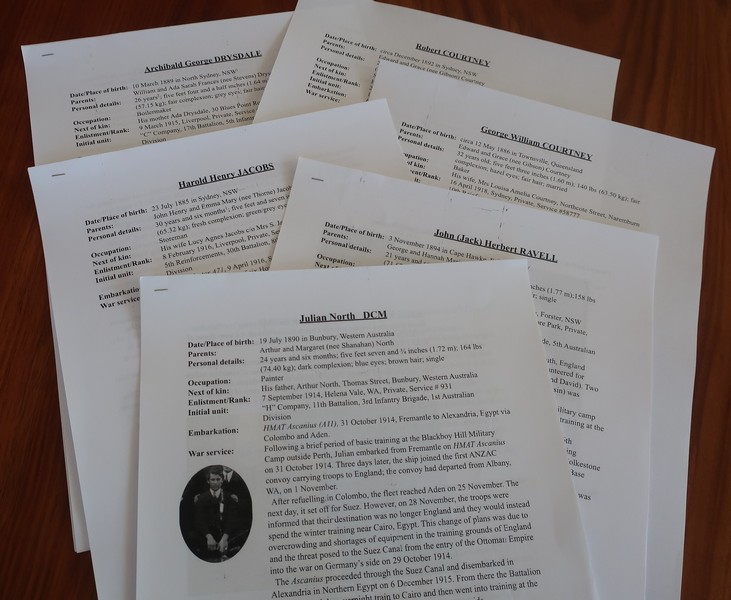 The Honor Roll extension is dedicated to the memory of Julian North, a war hero and significant sailor of eighteen footers after the war, and father of Jim North (see separate story about the North family).