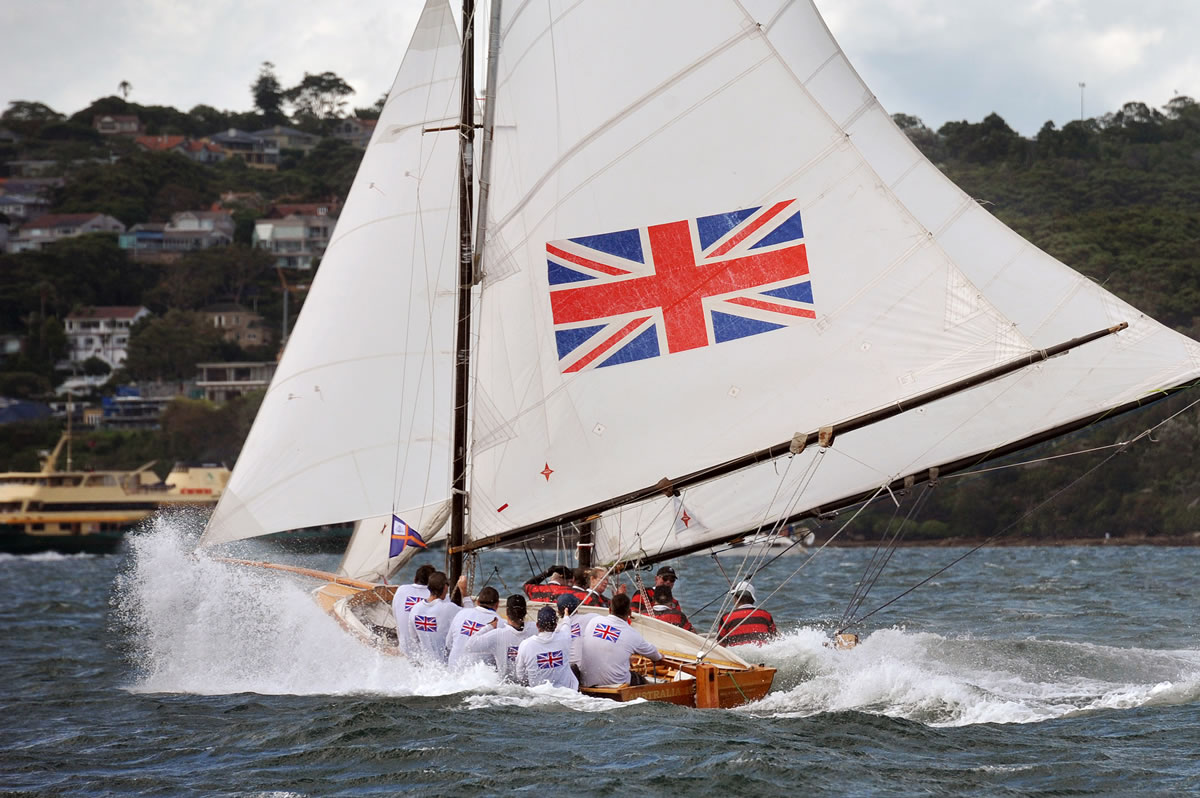 Red – so as not to show the blood! Also:  White with emblem

Some people research their family tree. while others make scrapbooks and photo albums to mark the passage of time and help future generations remember their heritage. For Bill Fisher Junior it was obvious he would need to build a boat. After working six months on the replica of the I8-footer Australia IV he has completed a fitting tribute to his family.

Bill Fisher Junior is a fifth-generation boat builder and part of one of Sydney’s most respected boat building families. His father, Tom Fisher, and grandfather Bill Fisher senior built the original Australia IV back in 1943.

In an interview with Bill Fisher Jnr he explained how the replica came about:

“In about 2001 I was living in North Haven on the north coast of NSW. One day Rob “Angry” Tearne called in on his way to Brisbane. He had the Aberdare on the trailer and a few of the crew in the car. It was the fits! time I had seen a replica of the old time eighteen.”

A few months later they launched the replica Alruth and I sailed with the Beashel family in a regatta on Sydney Harbour. Kenny Beashel was my old boss and our families had been close for many years. The Alruth was a great tribute to their family. At the regatta Bill Gale and others said that I would have to build a replica of the Australia IV. I knew then that I would build the boat.

It is a big project and you need time. Last year I had some time and with a nudge from Steamer I started the boat in June. I’ve worked on it for about six months, but I haven’t kept a tab of the time it took because the final number of hours would have been too frightening.

The Australia IV was my grandfather’s boat. Our family have been building and sailing eighteen footers even before the League was created. My father and I have worked on wooden boats all our lives. We have worked for ourselves on anything from 3ft dinghies to 70ft tuna boats and everything in between. It is a great thing that a grandson builds the family boat.

The design was taken off the original half model. The hull was cold moulded in three skins of cedar and silver ash was used for the ribs and scantlings. We built her in a lounge room of a vacant house in Tin Can Bay. Unfortunately, this room was on the first floor so we needed about a dozen blokes to man handle her out the window and over the veranda. It wasn’t a problem, quite straightforward. As a wooden boat builder, you are often forced to build boats in funny places so we get a lot of practice at removing them.

Naturally you can’t build an 18- footer by yourself. Someone must hold the dolly. Many people leant a hand but I had a lot help from Tony Fechner who is a marine trimmer and family friend and Steamer came up for a week.

“I hope that this is a fitting tribute to my family. Not just one person but the whole family and our boat building heritage and the composition of the eighteen-footer movement.

I have only one daughter and she Is not interested in boats. All the cousin’s kids aren’t interested. so I’m the end of the line. If replicas aren’t built and sailed, then there is nothing left; only a few old photos and a model. There would be no pre 1950s eighteen footers sailing. People wouldn’t see the spectacle of the boats sailing and feel what it is like race one.” 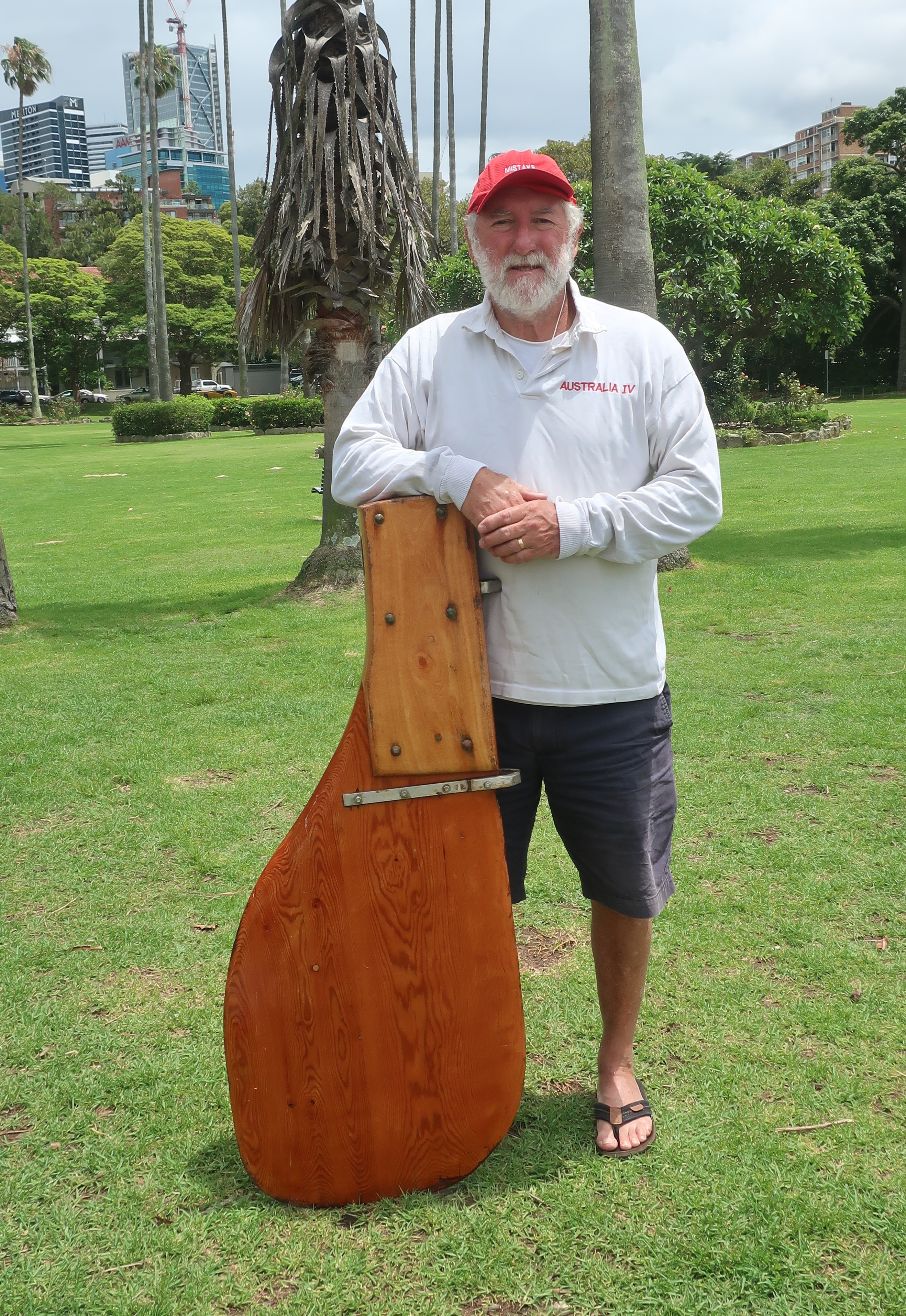 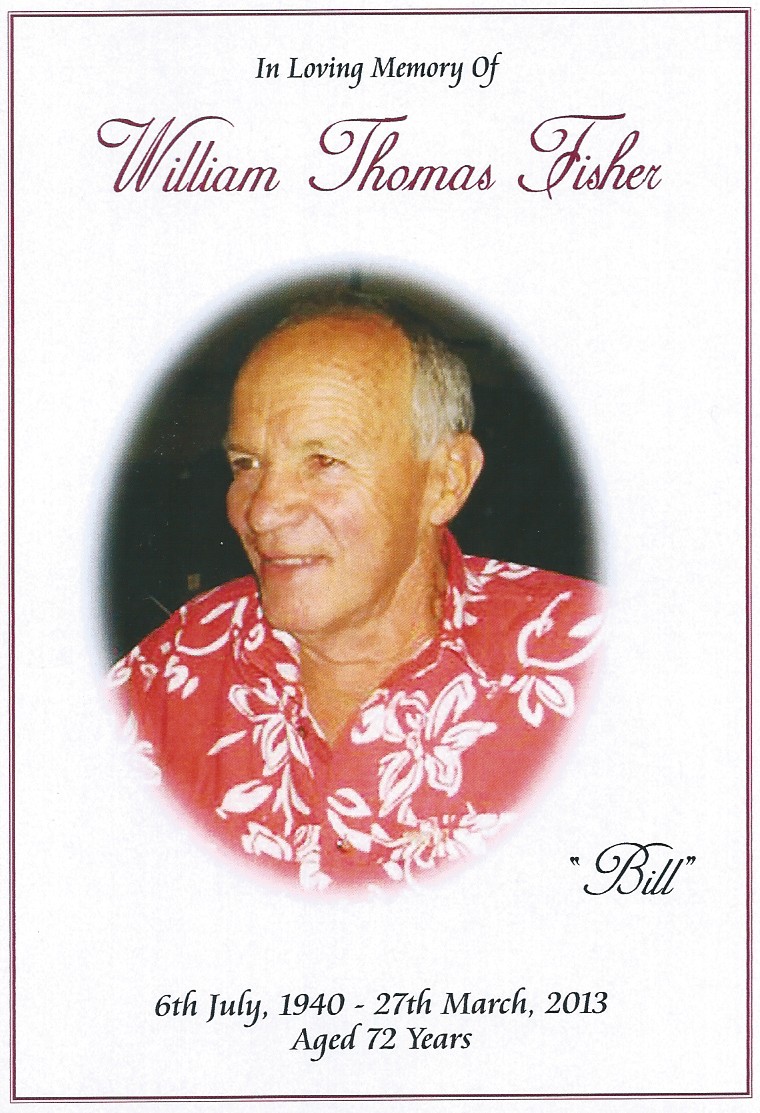 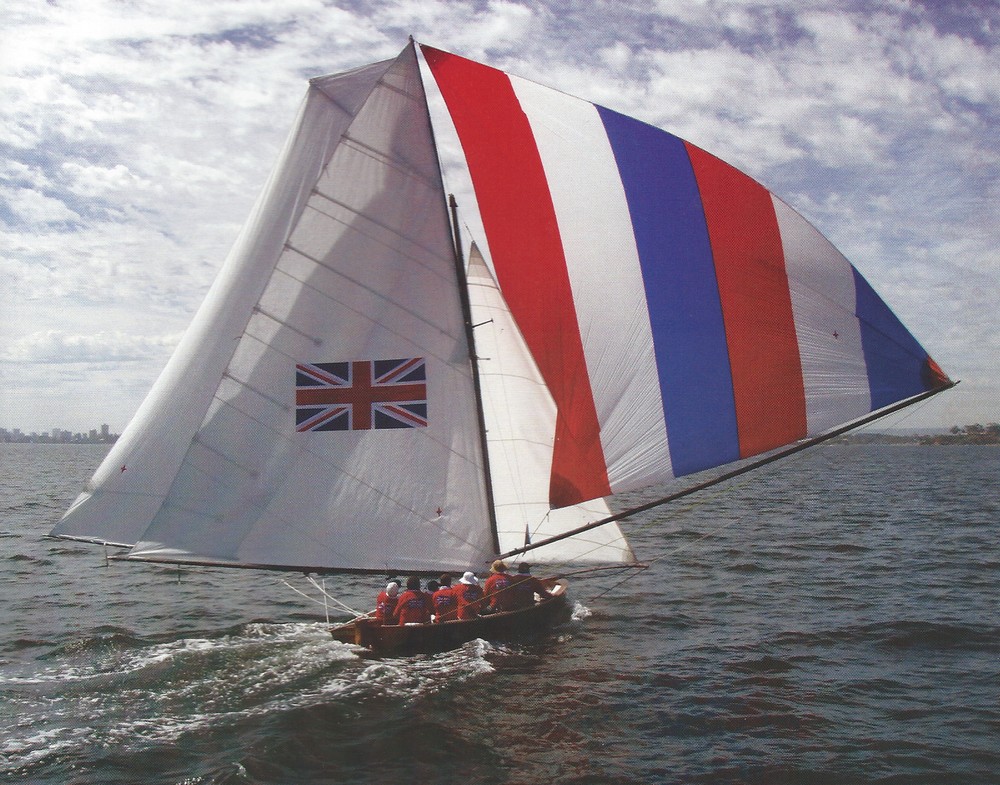