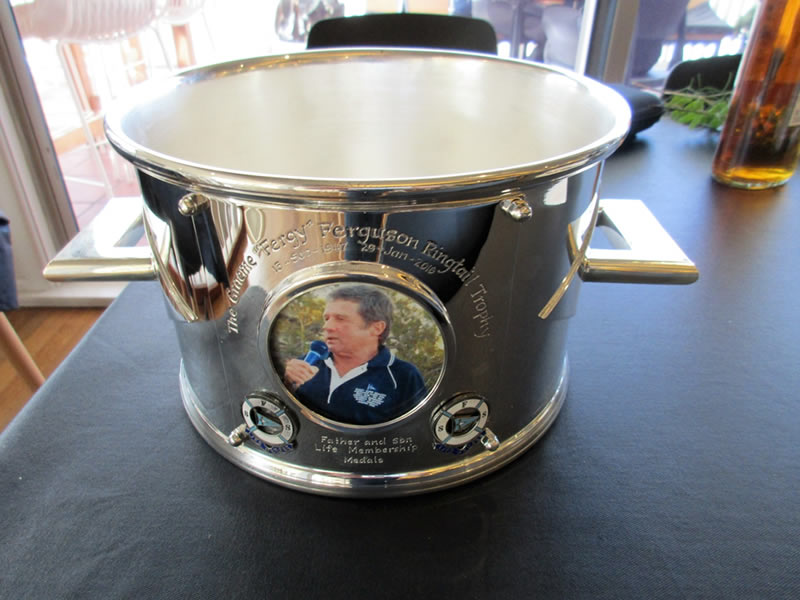 This beautiful new trophy has been created in the shape of a traditional “rum tot” and is in memory of Graeme “Fergy” Ferguson, a stalwart of both the Club and skiff sailing, who died earlier in 2016 after a brave battle with oesophagal cancer.  When he could no longer sail, he volunteered as commentator on the spectator ferry, and will long be remembered on the deck at the after-race presentations for telling us what a ringtail is.  The photograph on the trophy is of Fergy doing just that.

The SFS commissioned the Fergy Ringtail trophy in his memory.  It is awarded for the H18 that set the most ringtails in a season.   The first winner of the trophy is Britannia.  Take a peek at the Ringtail trophy in the trophy cabinet.  As well as featuring Fergy’s photo, it displays the SFS life member badge of his father as well as his own.