While they may have been derided as lacking in spectacle, the skiff-type 18s had flourished.

NSW builders, in particular, W.J.Douglass of Narrabeen and Billy Fisher of La Perouse had kept a steady stream of new boats coming into the League, but many of the better boats still came from those Queensland builders whose boats had dominated the interstates in both the 16-footer and 18-footer classes since the 1920s.

Queensland actually had a long history in 18-footers and regularly raced 18-footer types as far back as 1885.

One of the better builders of the 1890s was Hugh Anderson of Kangaroo Point who produced many fine craft such as the 18s Victoria (1894 renamed Inez1895), the inter-colonial champion Britannia (1895) and Imperial (1898). His influence was not as great as it might have been. He sustained injuries while launching ‘Mowey’ Earle’s new rater M.P.E. in September 1899 and died aged 39 in October the following year. 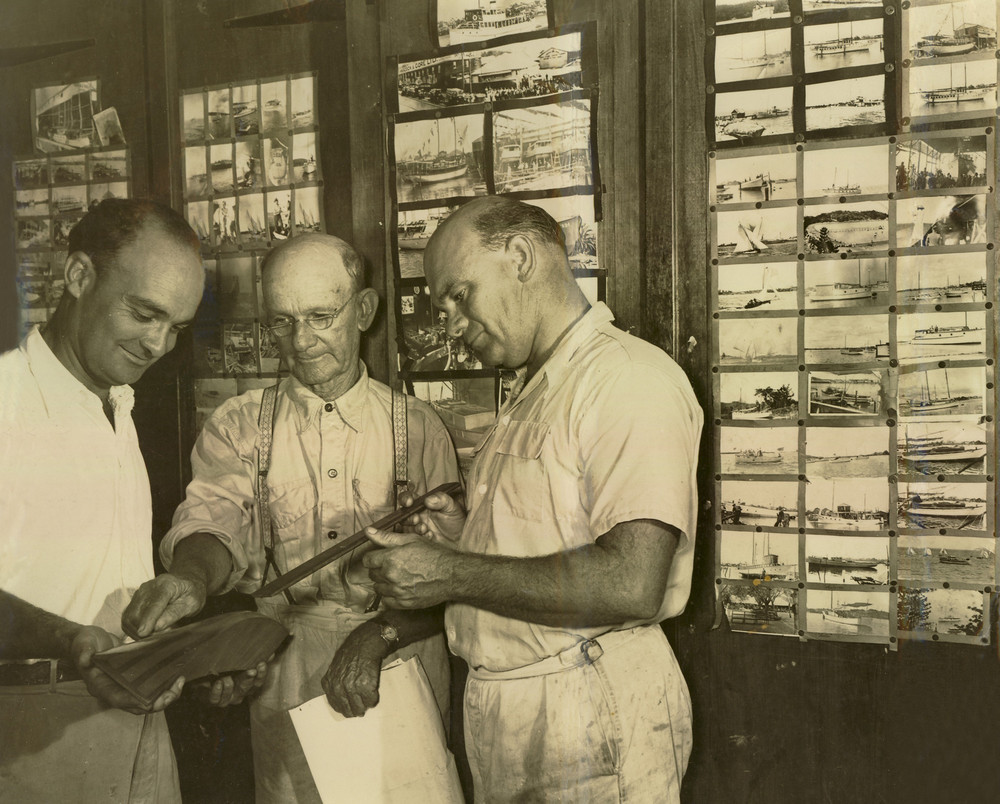 Jack Whereat’s son Alf (Toby) Whereat had revolutionised the 16s when he produced the first no-heel 16-footer and later built the revolutionary Aberdare but did not live long enough to see the cause and effect of her career. He caught pneumonia shortly after returning from Hobart where he sailed in a bitterly cold 16-footer championship and died on 29 December 1932 aged 46. A memorial to him stands outside the Brisbane Sailing Squadron near Vic Lucas Park Bulimba.

Much had been made of Aberdare and several attempts were made to replicate her but with no plans, or half-models to work from whatever input he’s put into her was lost. The Whereat’s firm carried on and produced the Aberdare copies. The Mistake (1933) built by Lance Watts, Fourex (1934), a boat funded partly by brewers Castlemaine Perkins and Valora (1935) but no one was sure how close they were to the original. In 1944 lines were taken off her hull and Aberdare Too was built. which met with some success, but nothing like the impact of the original. When Jack Whereat died in 1938, the business folded.

Whereat’s foreman Charlie Crowley then set up and produced several excellent 18s the pick of them being Malvina (1937) for Joe Mercer and St George (1938) for Stan Sheldon, both of the NSW League and Ardath (1938) for Brisbane owner Bob Dath.

Most influential of all was Norman R Wright and later his sons Ron and Norman Jnr. Wright Snr has served his time with J.H.Whereat and had set up on his own account in 1909. He soon made a reputation for building fast yachts of all types. Among many fine 18-footers was Thelma III built in 1919 and sold the following year to Lan Taylor who raced her with the Sydney Flying Squadron under the name Keriki. The first ‘modern’ 18-footer to come out of the Wright yard was Joyce III (1937) later purchase by Mark Foy and renamed Flying Fish., followed by the champion Taree (1937) for Bill Scahill of the NSW League and Joyce IV (1938). The success of Taree kept the order for 18s flowing into Wright’s yard for the next two decades. His input into Norman Wright Jnr.’s post-war 6-foot beamers cannot be underestimated.

Lance Watts and Alec Wright, younger brother of Norman R Wright, traded as Watts and Wright from around 1934. Watts reputation as a helmsman was second to none and the boats he produced were always competitive. They built a lot of excellent 12-footers and 16-footers and like most other Brisbane builders were heavily involved with the prestigious 21-footer Restricted class. Their first 18-footer was Marjorie (the third), the Australian champion in 1940 and 1941. The firm also built her Sydney owners another Marjorie known as Marjorie Too in 1948.