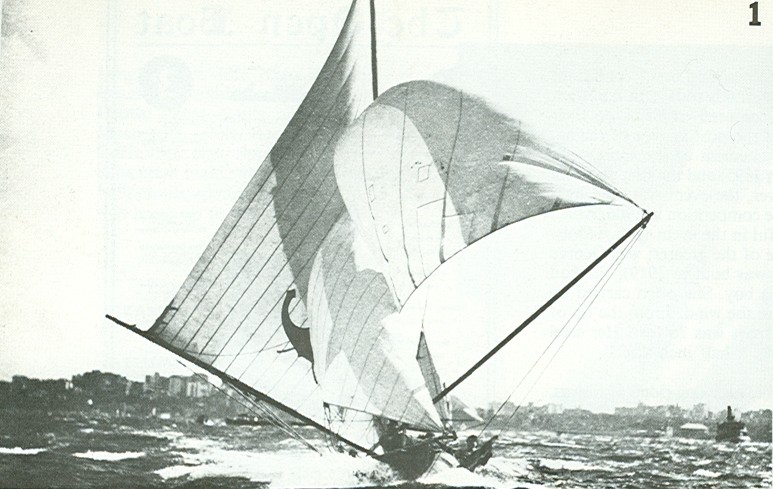 Norm Blackman didn’t know what he had started back in 1925 when he asked Charlie Hayes to build him an 18-footer. The boat was built, won races, abandoned during the war, converted to a launch, sunk, salvaged, rebuilt and inspired a new generation to build replicas. This is quite a saga for one little boat. 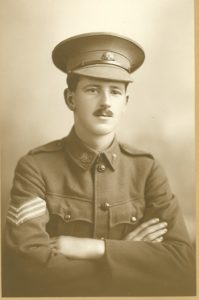 It all started when Norm Blackman was born 14-11-1893 at Bermagui on the south coast of New South Wales. As a teenager, he moved to Sydney and started social sailing on Sundays at first as crew in Jimmy Busch’s Edward an old 18 foot open boat, and took over the helm after their skipper Captain Pickles went into retirement after one too many swims. During the next few years, he sailed most of Jimmy’s fleet. These included the Masila, Torres, Charlie, Edward and San Toy without a swim. When Norm was about twenty-one years of age he decided to buy and 18-footer with six of his mates. In 1914 the group purchased the Eunice 1 built by George Perry in 1908 in Perth and renamed her Sydney. After a season or two of racing, World War 1 was a new adventure and the boys went to the Western Front. Norm was an original ANZAC in the 17th Battalion. The whole crew fought for nearly three years on the Western Front and were amongst the lucky ones that returned after the war.

On their return, they found their old boat Sydney was not in good shape. Being laid up for three years, the boat had not improved with the holiday. In 1921 Norm decided to build a new boat and commissioned George Perry who had been in England building submarine chasers, to build a new Sydney. Blackman reckoned Perry, although not a boat builder by trade was the finest builder in the state. He built the Sydney from 1/8 inch and ¼ inch planking and Blackman declared the workmanship to be “A credit to the builder”/ Sydney was a favourite with the patriotic spectators who always gave the boat a rousing reception. She races with varied success what, while it may not have always pleased the punters. Always gave Blackman and his crew plenty of fun. 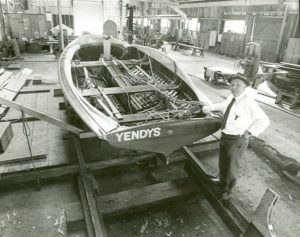 Norm commissioned Charlie Hayes to build his next boat named Yendys which of course is the reverse spelling of Sydney. Her design was revolutionary in that she had a distinctive “snub nose” which gave her a theoretical waterline of 21 feet and performance to match.

Charlie Hayes with his brother took over the boat building from his father Jimmy Hayes. J. Hayes and Sons moved from Balmain to Careening Cove in 1919.

In 1921, Australia’s new Governor General, Lord Forster donated the Forster Cup for Inter-State competition in the 21 foot Restricted Class of yachts, a class which he had sailed in Melbourne and saw as providing a cheaper alternative to the existing Inter-State competition in the 6-meter class. On the return to Sydney, he galvanised the Royal Sydney Yacht Squadron into action and ordered his own 21-footer. Such Vice-Regal patronage of the sport electrified the yachting community and club members rushed to rub soldiers with their sailing Governor General. Orders for 21-footers were placed with all the major yards in Sydney.

The first of these boats were built in 1921 on the southern side of Careening Cove at Stewart Sanderman Ltd and whey they finished their owners drew lots for them. Lord Forster named his Corella. S.M. Dempster and J.L. Milson named their boat EOJ and music publisher Frank Albert took the name Boomerang.

Meanwhile, across the bay, the Hayes’ were building Nettle for W.E. Arnott, Wattle for P.S. Arnott and Gymea for Reg Carter. It is thought that building these boats must have influenced Charlie Hayes’ design of the Yendy which is similar in shape to a 21-footer but with a cut-off or snub nose.

The christening ceremony for Yendys took place at the Hayes boatshed on the 12th of September 1925. Dubbed a rule cheater from the outset, acceptance int the ranks of the Sydney Flying Squadron came only after a period of widespread disputation. In defiance of her detractors, she proceeded throughout the next decade and a half to regularly race and sometimes even win a championship. 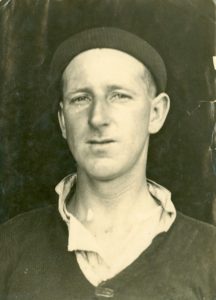 Norm Blackman went on to race Yendys until 1942 competing for seventeen years with the SFS. In the forties, Norm joined the war effort when Australia put away frivolities and Yendys was one of them. Norm took her to his Ashfield home and there she stayed for twelve years. She never raced again.

Norm Blackman was a stalwart of the old Sydney Sailing Club and one of the driving forces in the merging of the woe clubs in 1925 much to the disgust of the older SSC members who saw him as a club wrecker.

Nor was a bit more popular with the members of the Sydney Flying Squadron and he held many positions in the club including President and Commodore. He passed away on 11 May 1973 at the age of seventy-nine. The SFS lost another great member from their ranks. 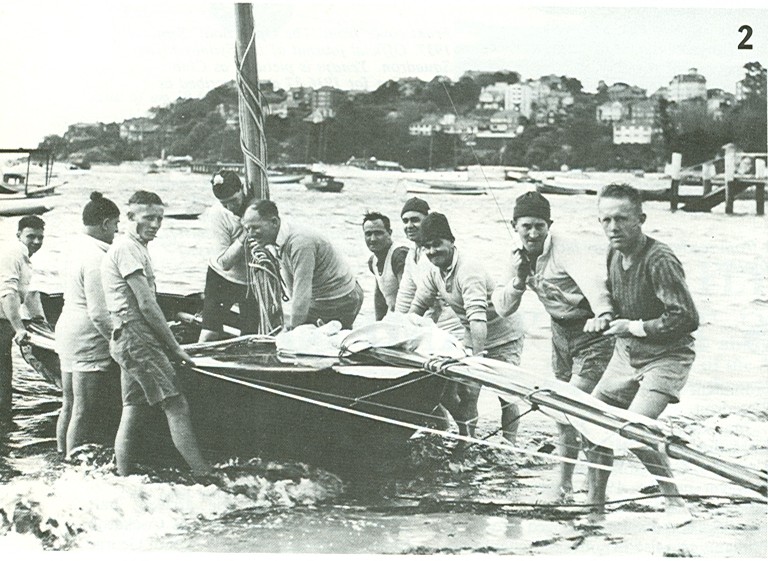 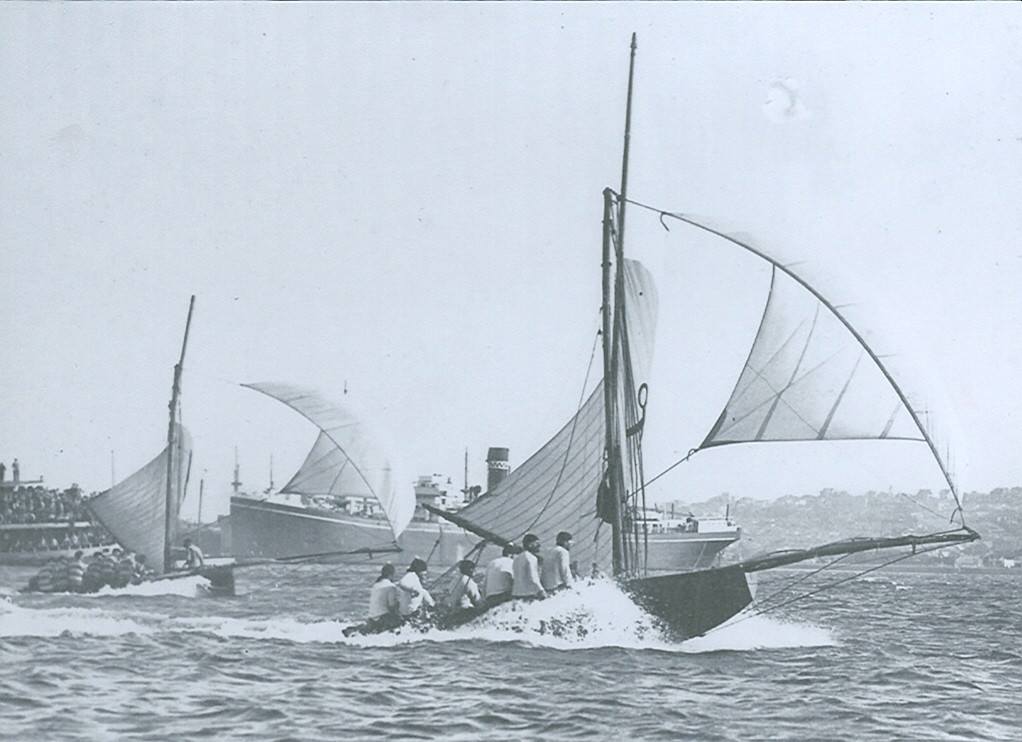 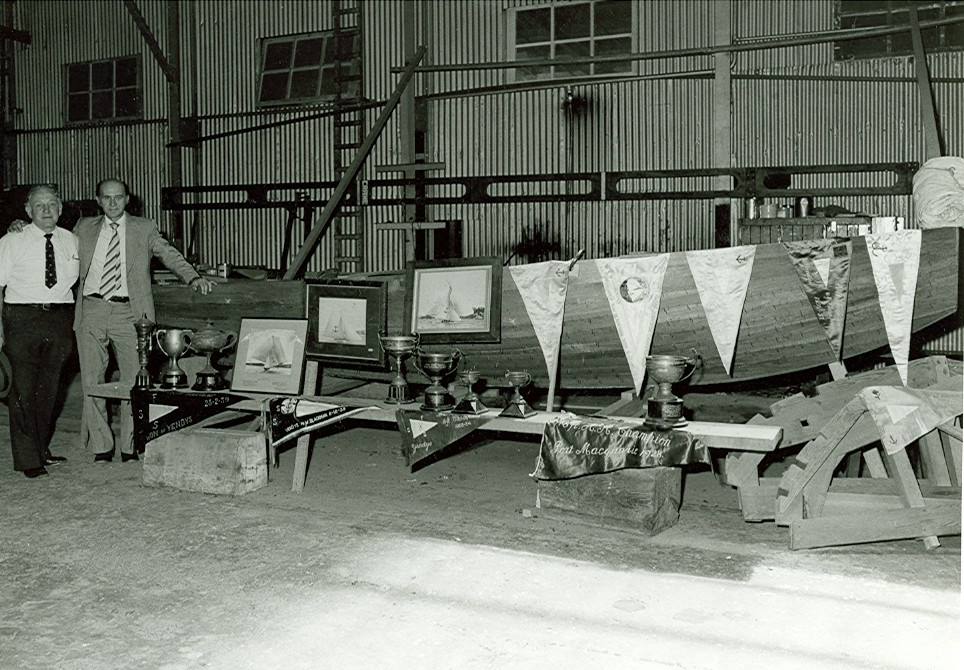