The History of Tangalooma

Tangalooma was Australian Champion 1931-32 held on the Brisbane River. Tangles moved to Sydney in 1932 and won the Australian Title again in 1936. It also won the State Title in 1934, 1935 and 1936. During that period it was sailed by William “Trappy” Duncan and Billy Dunn. Remains of the boat are in the Brisbane Maritime Museum. 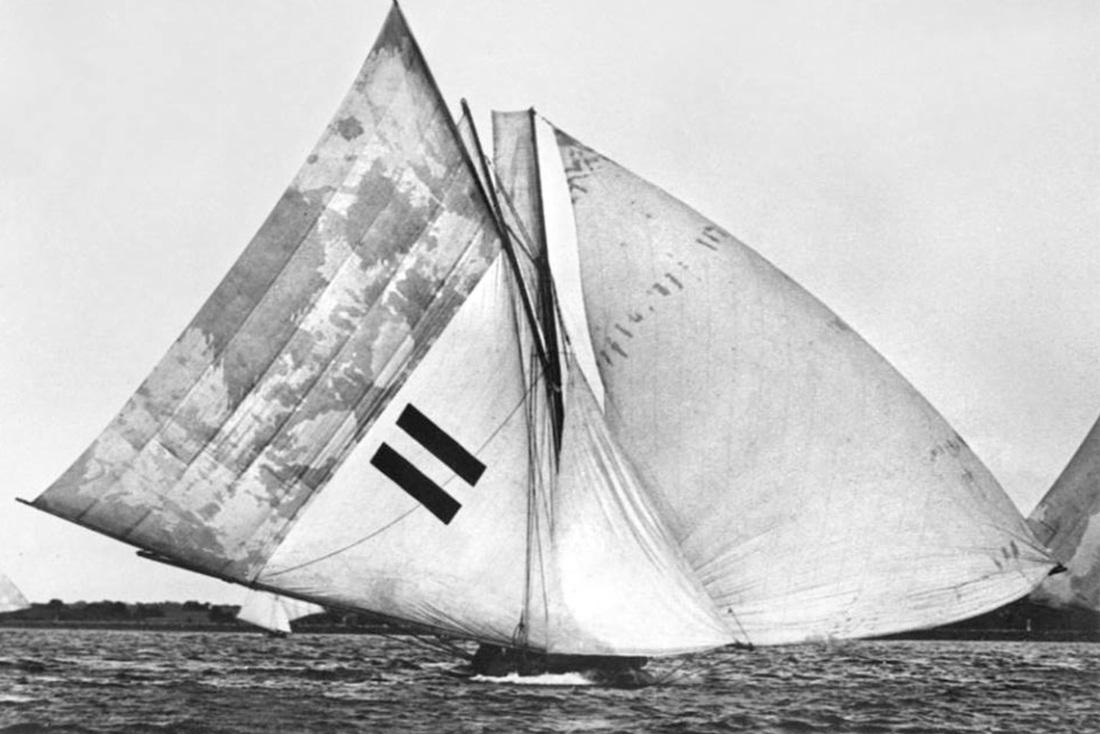 A Brief History of Tangalooma as told by former part-owner and crew member George Jeffrey, an octogenarian who was living in productive retirement in Caloundra at the time. George was an original member of the syndicate of eight (all former crew members of other racing 18-footers) who each put in ten pounds to have their own boat built. 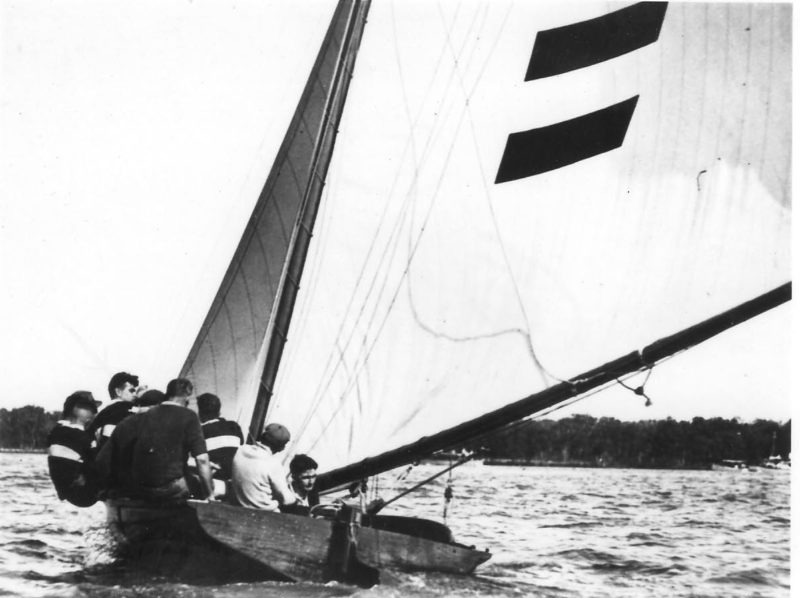 Tangalooma on the Brisbane River in the 1930’s

It was in 1930 and the depression was biting. For most of them, ten pounds was their nest-egg savings and some actually borrowed to make up their contributions.

The syndicate decided that a replica of “Vision“, a boat designed by Colin Clark and with which he had won two Australian Championships before retiring from active racing, would be ideal. They asked him for “Vision’s” moulds and when these couldn’t be found he gave them the original drawings, suggesting as an improvement that three inches freeboard be added from the chainplates to the stem.

The boat was built by Ben Cribb (who had been laid off by Brisbane boatbuilder Norman Wright because of the depression) under his brother’s house. Two house blocks had to be removed to make room. The planks were full-length cedar, and the knees were donated by a friend. George Jeffrey bought the maple tuck, 8′ x 21″ x 1  1/2″ for eight shillings and he cut the breast-hook from a suitable tree he saw by the side of the road leading to Redcliffe. He got caught by the owner of the property but talked his way out of trouble.

When the boat was finished, probably due to Ben Cribb’s enthusiasm and generosity, it had cost exactly eighty pounds. The gear was all hand-made. George made the two masts and booms, one set from Maryborough pine, and the other from Canadian spruce. He made the gaffs hollow – the first he had ever seen. The spar measurements were amazing. The bumpkin (bowsprit) was 21′ 6′ overall. The light weather boom was 32′ the distance from the boom jaws to the gaff throat was 20′ and the gaff was 28′ 6″.

The crew numbered anything from twelve to sixteen depending on wind conditions. In the regular crew, there were two seventeen stoners (108 kg), two of sixteen stone (102 kg), and four of fourteen stone (89 kg) and the others were just big lumps of lads making up a very mobile ballast of about one and a half tons. 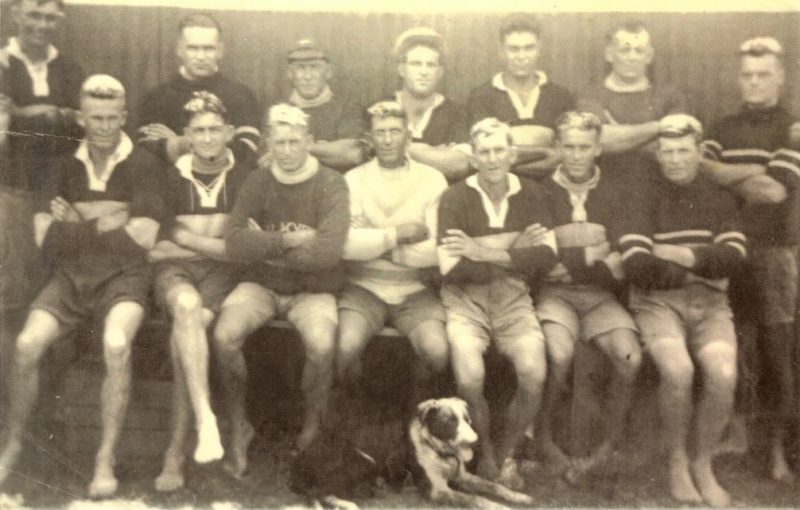