The history of Myra Too

The Original Myra Too 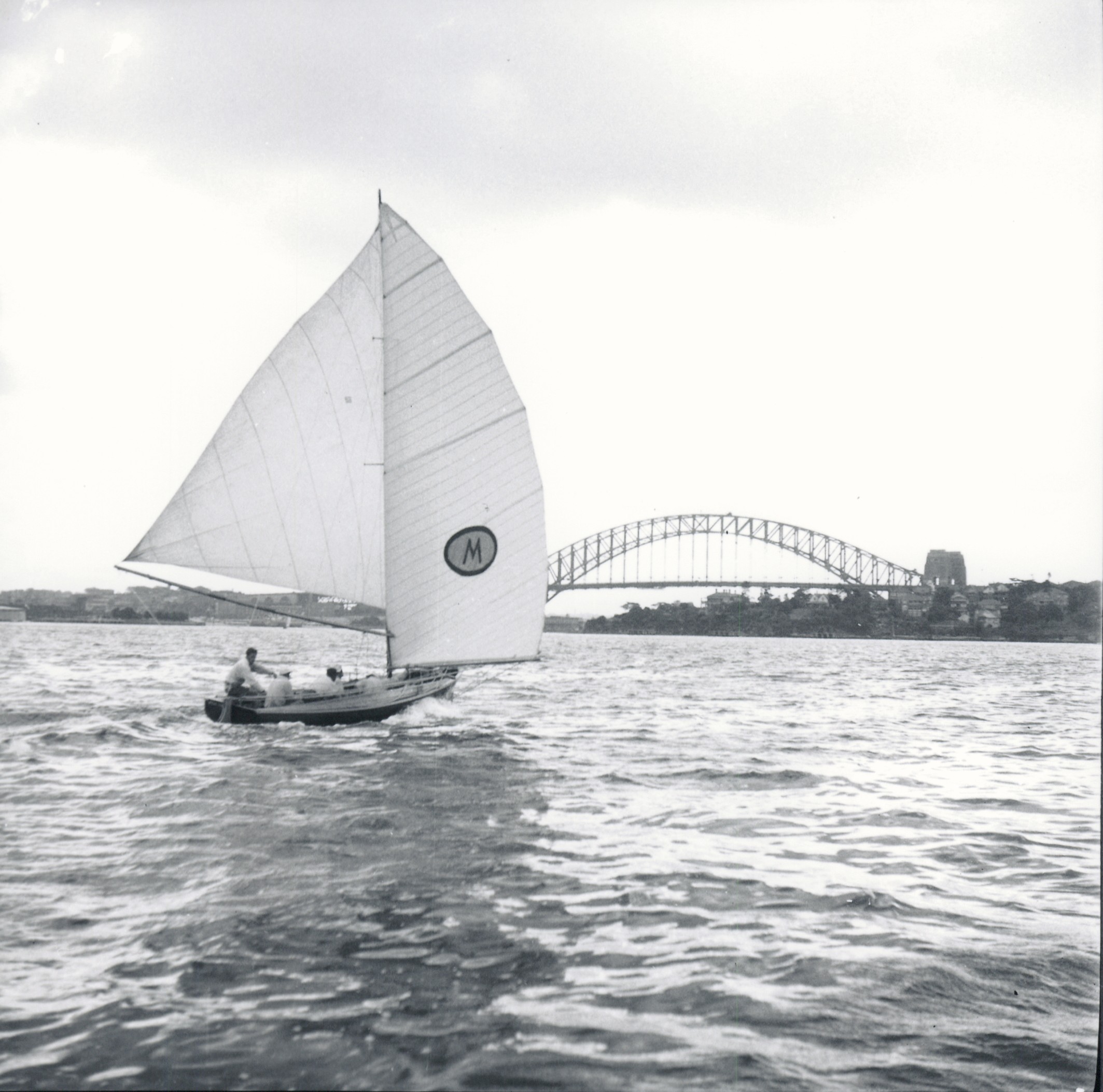 For over one hundred years Sydney Harbour has played host to the spectacular sport of 18-footer sailing. The iconic vessels were the highlight of waterfront activities in Sydney. In the early 20th century with spectators cramming into boats and in crowds along the foreshore to catch a glimpse of their favourite vessels and sailors. In the 1950s the sport reached a new era. Developments in design moved fast and the guard was changing with the deaths in quick succession of two prominent patrons. Mark Foy and J.J.Giltinan. It was the start of this decade that Bill Barnett built the 18-footer Myra Too and in a historic era for sailing Barnett made history taking out the state, national and world titles in 1951. 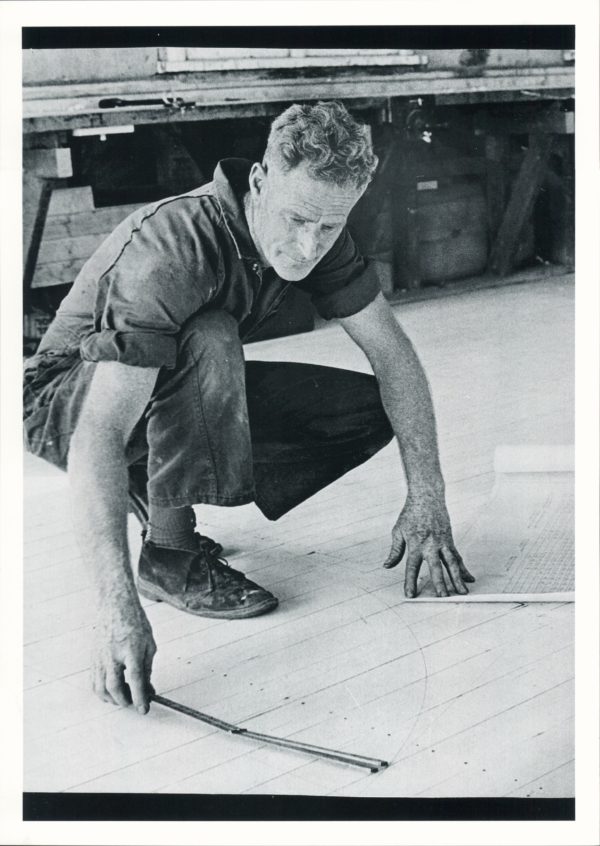 Barnett began building his 18-footer Myras when after a second season sailing the 6-foot beam Jenny Too it was suggested to him that he build his own 18. Barnett built the first Myra and in joint ownership with his brother George won the 1948-49 national championship. Barnett was not placed in the following season which was dominated by Lance Watts’ Culex III however he returned in force for the 1950-51 competition with the newly built Myra Too.

Despite winning the state championship the week before Myra Too faced strong contenders for the Interstate Championship when it was held in Sydney in January 1951. The Queensland team Jenny IV (Norman Wright) and the reigning champion Culex III (Lance Watts)  both beat Myra Too in the first heat before Barnett fought back to win the second and third heats and claim the title.

During the 1951 world titles New Zealander Jack Logan was well placed to present a strong challenge in his new yacht Taura having performed well during the selection trials. However, Myra Too blew all of her opponents out of the water, winning all three heats of the competition with astonishing ease and taking the first by a convincing margin of 4 minutes 24 seconds. In winning the championship, Barnett netted the JJ Giltinan Trophy for the Sydney Flying Squadron for the first time and his vessel’s exceptional performance prompted Logan to later remark “Myra Too was in a class by herself”.

Barnett was one of Sydney’s finest wooden boat builders and in the design of Myra Too he created something particularly special with the vessel exceptionally suited to the conditions of Sydney Harbour. Myra Too had a powerful Marconi rigged big sail and showed good all-round speed in any conditions. Barnett had made the boat a little finer than most 18s and with a bit more flare on the topsides forward. For Myra Too and her successor Myra III Barnett made minor changes to the shape each time., but they were both characterised by a straight entry at the waterline and the flare in the forward sections which had no convex shape. The planking on Myra Too was rounded into the stern to give the hull a streamlined shape overall, and Barnett ensured that the top plank ran full-length from stem to stern, rather than having some of the plan endings disappearing int the sheer and gunwale in the forward sections as was seen on other craft.

Myra Too also boasted a light duralumin fin which was 55 pounds lighter than the conventional heavy steel find and a new bent back ‘banana’ mast similar to those emerging in the 30 Square Metre class.

In addition to her innovative design, Myra Too was helped to glory in 1951 by the capabilities of her crew. Barnett was at the help to expertly read and react to the conditions on Sydney Harbour and was assisted in the task by forward hand Sid Ferguson, sheet hand Fred Evennet, jib hand Andy Costyn, swinger Jack Davies and bailer boy Brian Stewart. Stewart has said of his time sailing with Barnett “I still think he was the best open boat skipper of all time and if the rest of the boys were still with us they would agree.”

As quickly as Myra Too had taken the Sydney sailing scene by storm she disappeared into obscurity. Barnett went on to race the following year in his model Myra III and Myra Too was sold several times passing through different names. First Merle, then  Minnawatta Too. The vessel did not return to the same heights of glory and has since disappeared from the historical record. 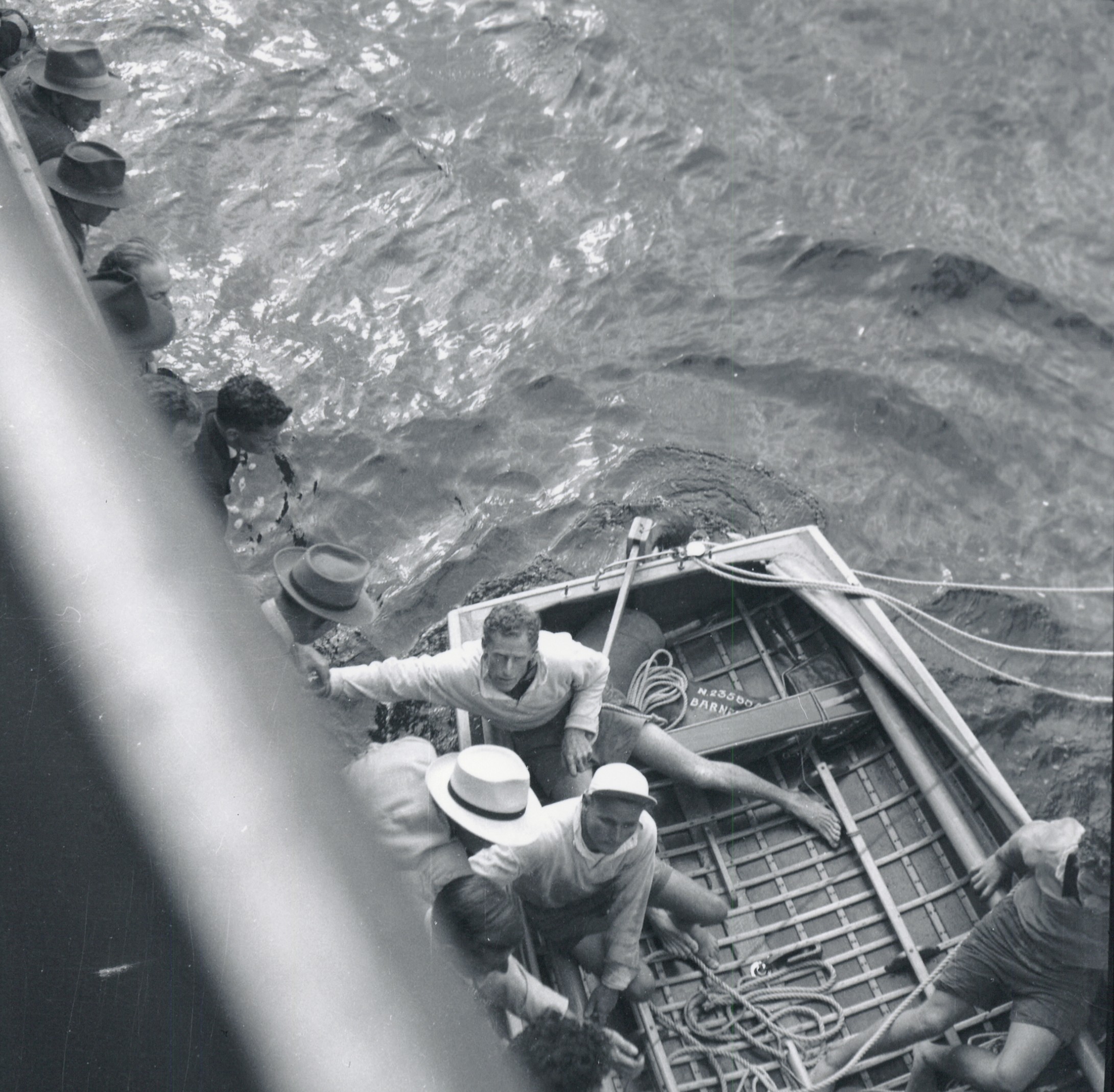 Ferry passengers congratulate Myra Too after winning the 1951 Australian Championship. Bill Barnett can be seen on the rudder and bailer boy Brian Stewart on the right. Sheet hand Fred Evennett is centre in the white cap.