Alf Beashel began his sailing as an eight-year-old bailer boy in his father, Rocko Beashel’s 16-footer skiff and later sailed periodically in “Golding” his father’s 18-footer from 1914 to 1925 when he had a 16-footer skiff built for himself. He built four 18-footers called Alruth (named after Alf and Ruth his wife) which he raced until 1962.

He made his greatest contribution to the sport as secretary of the NSW 18-footer League. From 1935 until 1977 and Sailing Secretary from 1961. Alf retired prematurely from his draftsman’s job at the Sydney County Council so he could put superannuation money into buying the site for the NSW 18-footer Sailing Club (now the League). He died in 1978.

In his memory, the Yachting Association of NSW fixed a buoy near YL Sow and Pigs reef in Sydney Harbour. It is the windward rounding mark for 18-footers northeasterly course. It was named the Beashel Buoy. Alf was a life member of the league and his father, Rocko Beashel was a life member of Sydney Flying Squadron. 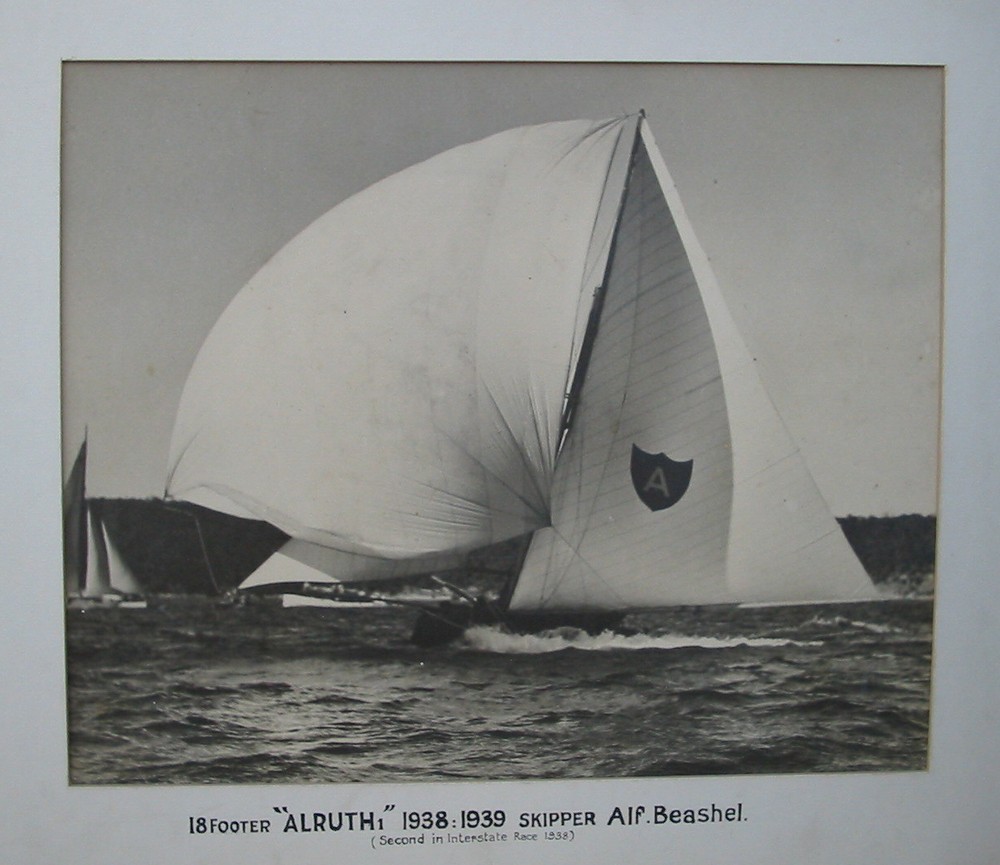 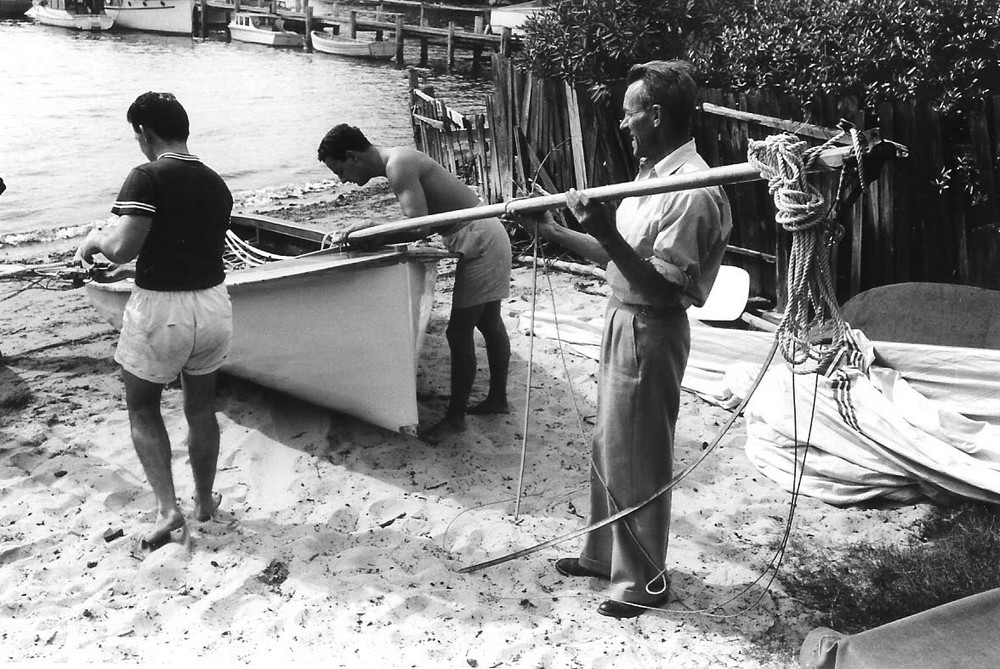 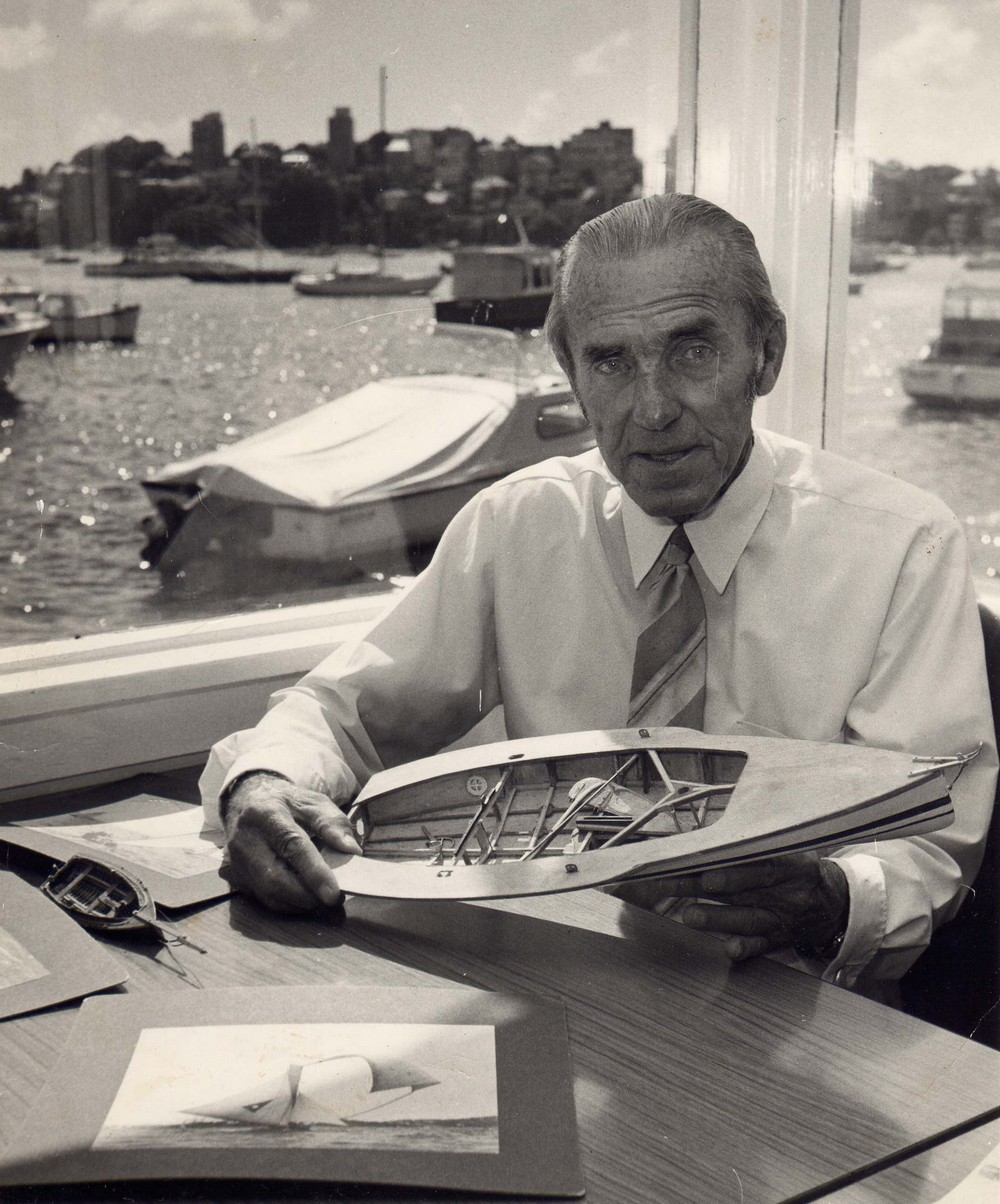 Alf in his Double Bay office. 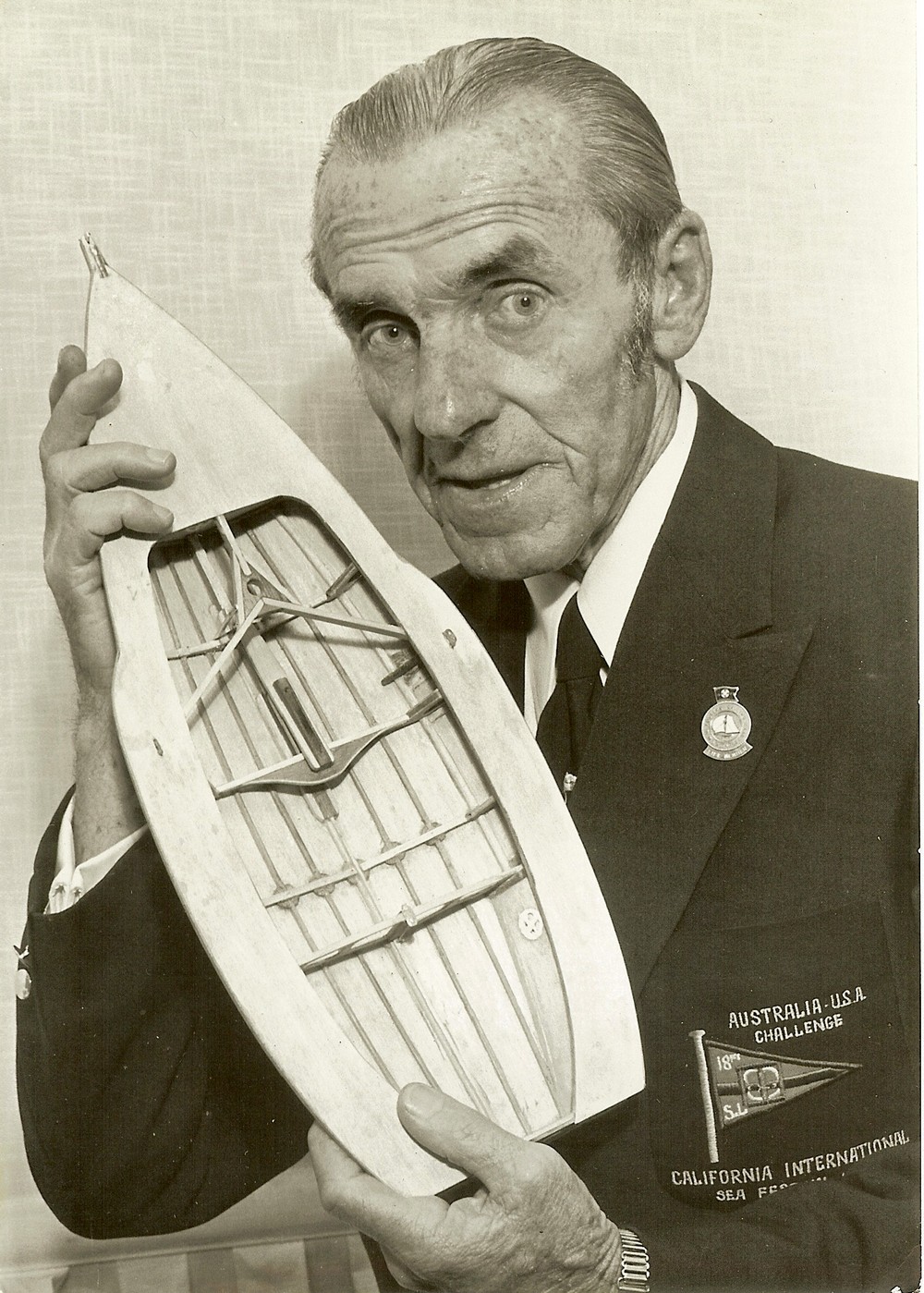