Race 18 of the 2016-17 Season, the Port Jackson Championship, third (and final) Heat of the Club Championship, and first Heat Autumn Point Score.   Seriously hot and humid conditions prevailed as 7 skiffs prepared for the day’s racing.  Fortunately there was a moderate seabreeze on the harbour to provide some much appreciated heat relief for both sailors and supporters.   Rig selections were on the cautious side with five skiffs using intermediate rigs while Scot and Alruth opted for no.1 rigs.   Britannia was absent due to her involvement at the bi-annual Wooden Boat Festival in Hobart.   Australia was unable to get a full race crew together and eventually went out for a casual sail, leaving just 6 skiffs to start the race. 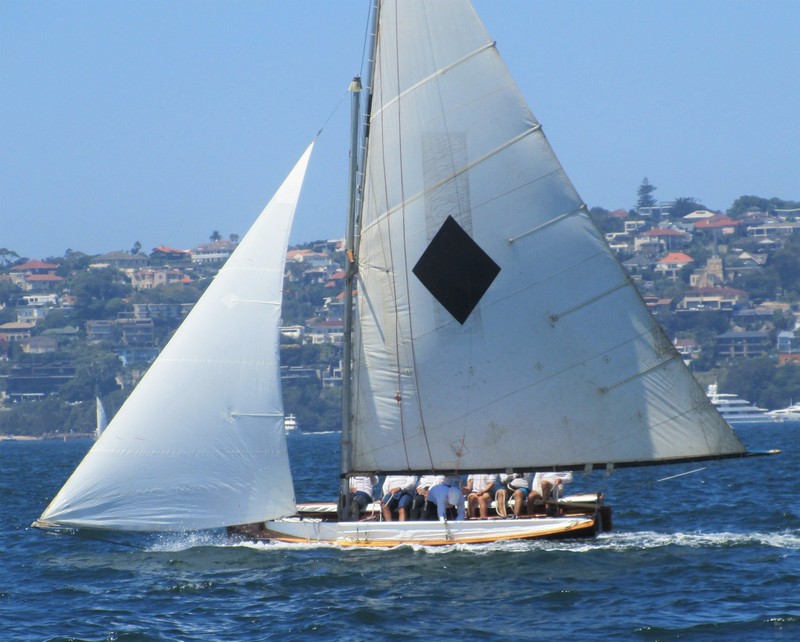 The race got underway on the no.1 NE course from a start off Double Bay into a moderate NE breeze and run-out tide.   Unfortunately for Alruth they had an issue with their bowsprit, had to return to the club to replace it and missed their start by a substantial amount, but continued to race-on regardless.   Scot started well from the middle of the line while Aberdare claimed the leeward end.   Scot with the larger rig soon established a lead from Aberdare, Australia IV and The Mistake, with Tangalooma in 5th place and hoping for more breeze to suit their smaller rig.   Half way down the beat to the Beashel Buoy the breeze filled-in a bit and Aberdare was able to pick a good lane to move into the lead.   Aberdare was first around the Beashel Buoy followed closely by Scot, then Australia IV, The Mistake, a gap back to Tangalooma, then a longer gap back to Alruth. 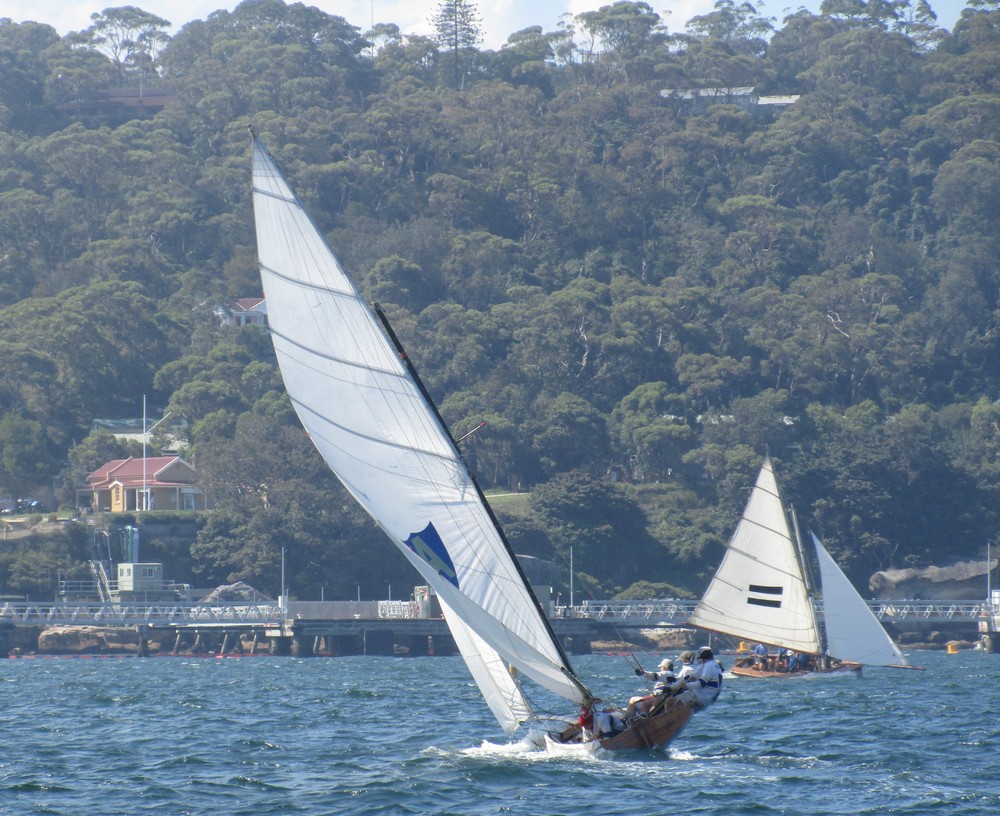 Aberdare led the way down the square run to Shark Island with Scot close at hand and sitting on Aberdare’s wind for as long as possible.   Aberdare was able to extend their lead after the gybe mark at Shark Island for the run to Clark Island, where they rounded first for the beat to Chowder Bay, next was Scot with a short break on Australia IV and The Mistake in close company, then a gap to Tangalooma and another gap to Alruth.  The breeze had filled-in slightly at this stage but still at the middle range for the skiffs with no.2 rigs, while Scot was comfortable with their no.1 rig.

Aberdare was first around the Chowder Bay mark and set a large spinnaker for the final downwind legs, carrying the big sail easily and with a good turn of speed.   Scot was second to round but had a long delay in getting their spinnaker sorted out, allowing Australia IV to make up time and move into second place at the Shark Island gybe mark.    Aberdare set a ringtail on the final run and went on to win by a good margin.   Australia IV also with a ringtail finished 2nd just a minute ahead of Scot and The Mistake (ringtail) in a dead-heat for 3rd place.    Tangalooma held on to finish a minute ahead of Alruth.   Scot was first on handicap from Australia IV and The Mistake.   The Club Championship was won by Aberdare from The Mistake and Australia IV (on a countback from Alruth and Tangalooma).

With thanks to our on-water support team of Barley, Brian, Rob, Robert, Peter, Adrienne, David, Archie, Louise, Eva, David and the rest of our tireless volunteers, along with the dedicated team at Rosman Ferries.  We look forward to seeing you down at the Squaddie. 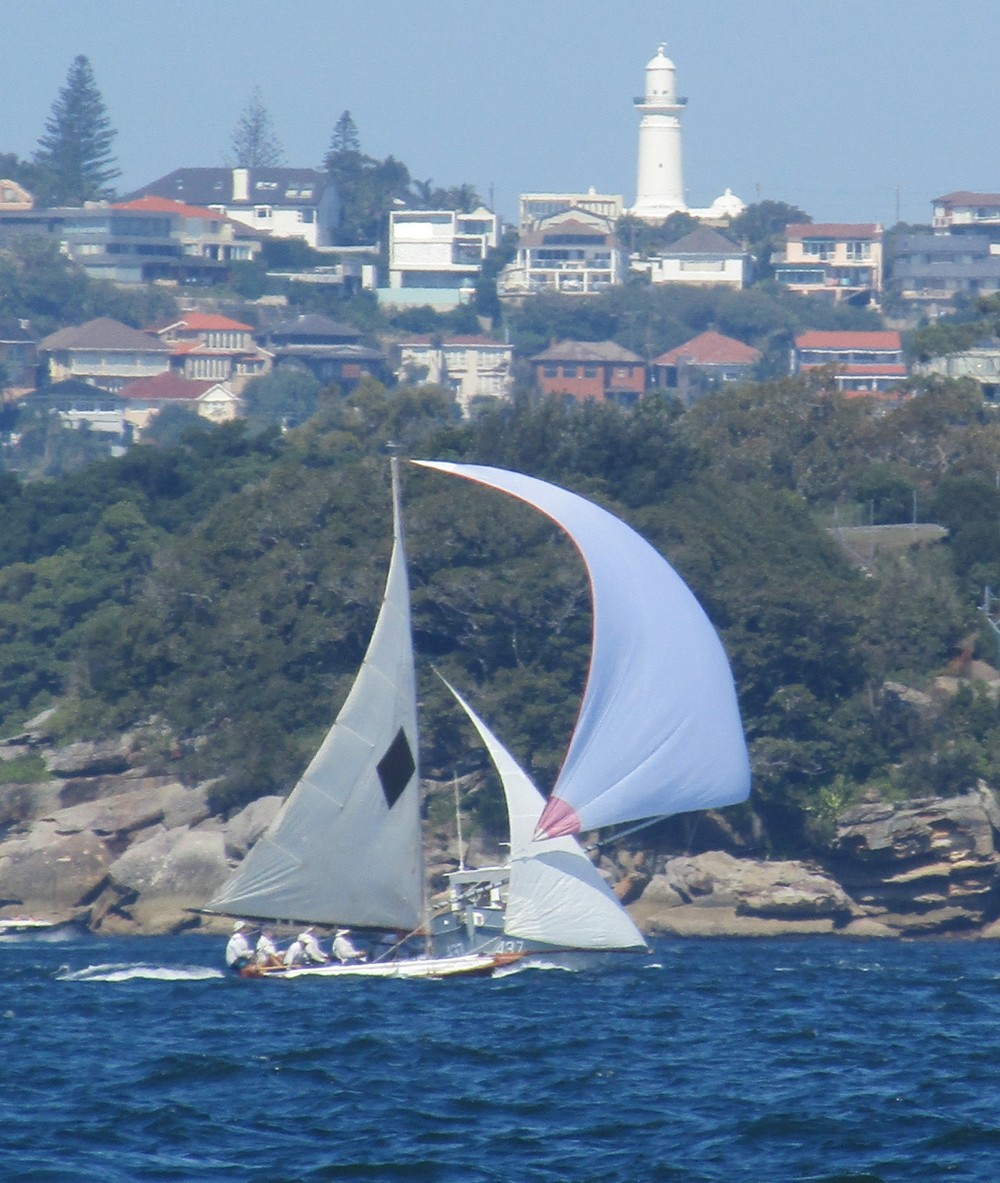