Race 19 of the 2016-17 Season, the Annual Queen of the Harbour Race and second of the Heat Autumn Point Score.  Hot and humid conditions in the boat park with a moderate southerly breeze as 8 skiffs prepared for the day’s racing.   The breeze was somewhat erratic, with gusts and lulls and showing signs of moving around to the south-east or east, with all skiffs electing to use their no.2 rigs, and carrying at least one lady (potential queen) in the crew.

The race got underway from a handicap start off Kurraba Point on the no.3 south-east course, with 6 skiffs starting within 3 minutes of each other.   Tangalooma and Britannia were first away followed by Scot, The Mistake and Alruth, then Australia IV, then a gap to Aberdare off 2 mins and Yendys off scratch.    Scot was first to round Clark Island with a handy lead for the tight shy run to Taylor Bay followed by The Mistake, Australia IV, Britannia, Tangalooma, Alruth, then Aberdare and Yendys, 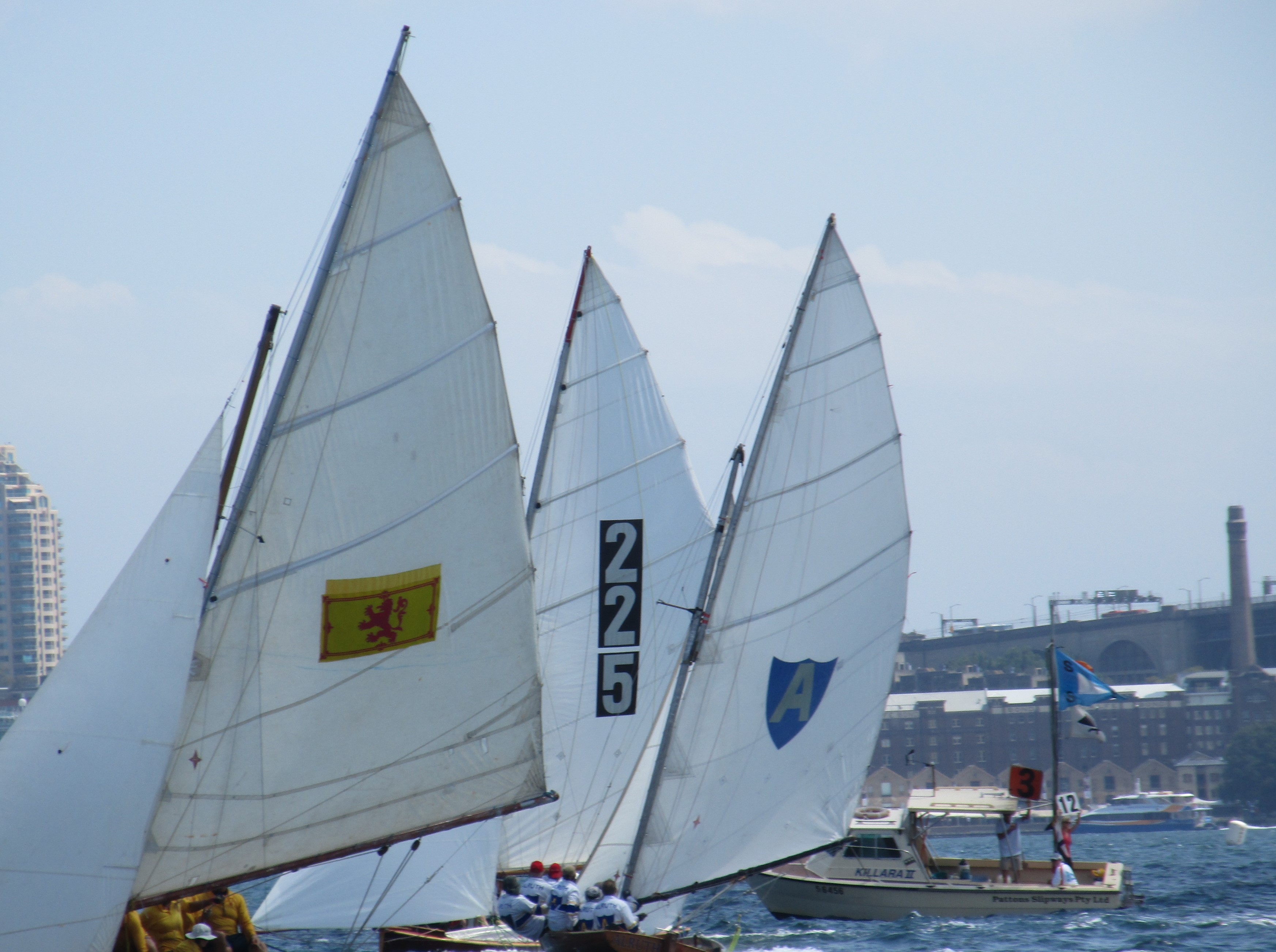 Scot was first to round the Taylor Bay mark for the beat to Shark Island, with The Mistake and Australia IV having closed the gap, then Britannia, Tangalooma, Alruth, then Aberdare and Yendys.  The breeze was now in the east/south-east and patchy.  Scot managed the tricky conditions best to be first around Shark Island for the long square run back to Kirribilli, followed by Australia IV, The Mistake, Alruth, Tangalooma, Britannia, then Aberdare and Yendys having made-up time on the lead group.   The lead group were having a very close contest.

Scot continued to lead round the Kirribilli mark for the beat to Clark Island, with Australia IV, The Mistake and Alruth still in contention, then Tangalooma, Aberdare, Britannia and Yendys (after making a short detour to retrieve a lost spinnaker pole).    Scot continued to lead as the skiffs turned at Clark Island for the square run to the finish, closely followed by Australia IV and The Mistake, then Alruth.   As the 3 leading skiffs approached the finish line running abreast, Australia IV under ringtail, was able to slide through and win the race by 11 secs from Scot in 2nd only inches ahead of The Mistake in 3rd then Alruth, Aberdare, Tangalooma, Yendys and Britannia.   Congratulations to Sophie in Australia IV, SFS Queen of the Harbour for 2017. 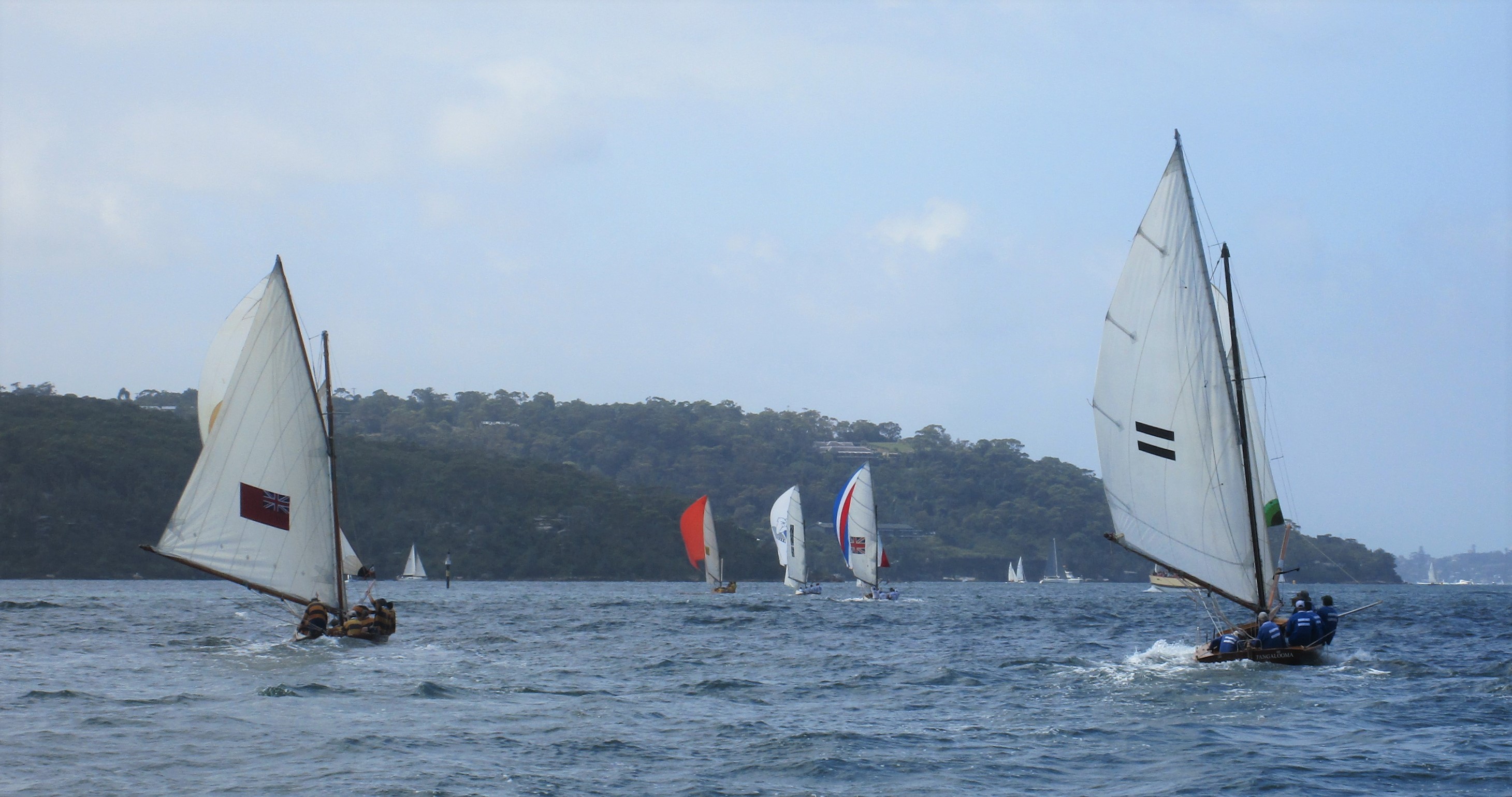 With thanks to our on-water support team of Barley, Robert, Peter, Adrienne, David, Felix, Suzie, Nancy, Chuck, Andrew, Brian, Rob, Billy and the rest of our tireless volunteers, along with the dedicated team at Rosman Ferries.  We look forward to seeing you down at the Squaddie. 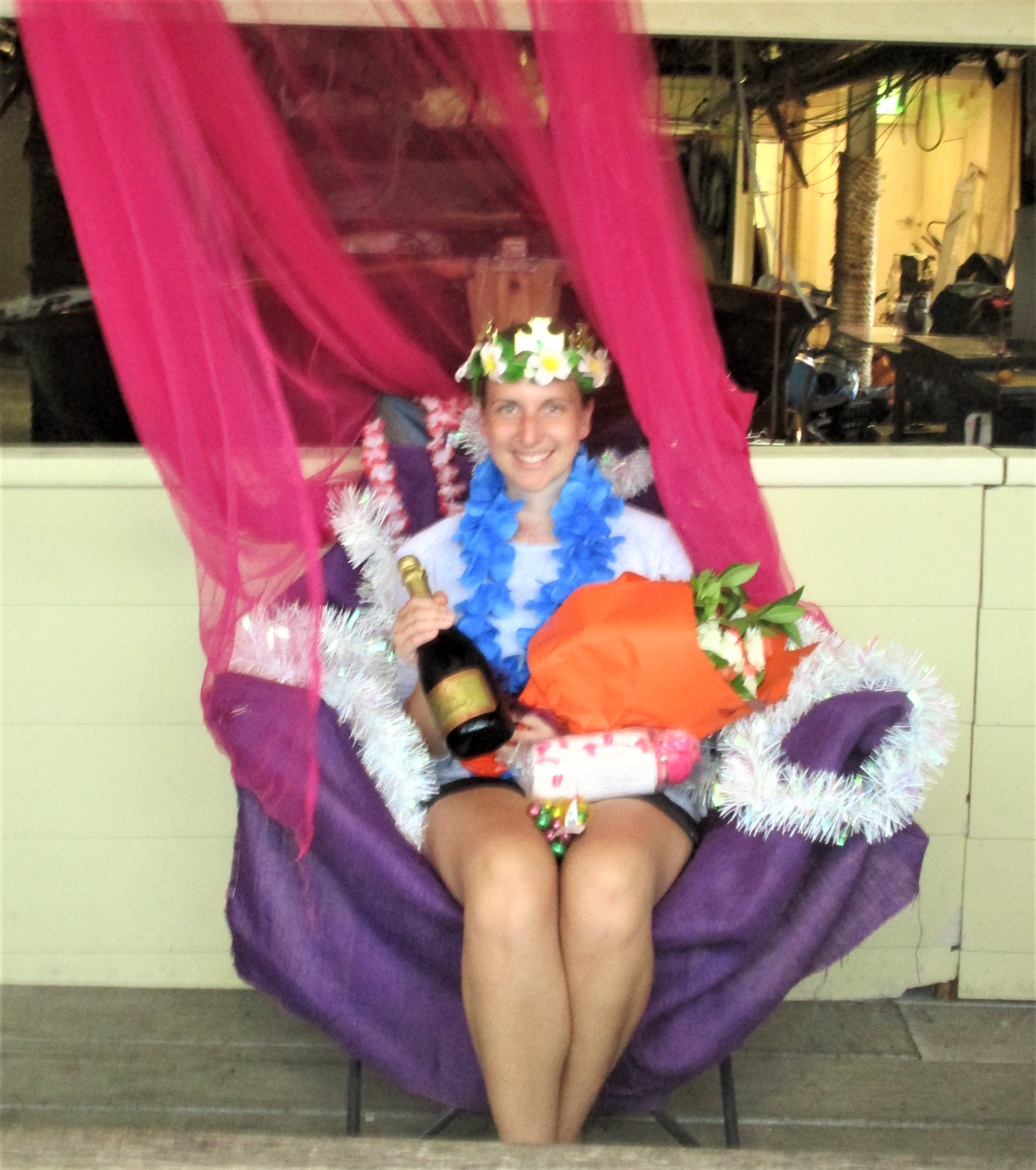