Race 7 of the 2017-18 Season and Heat Seven of the Spring Point Score.   Overcast skies, the possibility of rain showers and a strong gradient wind from the NE sector set the scene for an interesting day’s racing.  Seven skiffs were on hand with most rigged conservatively for the expected fresh conditions.  The race got underway on the club’s no.1 NE Course from a handicap start off Double Bay, at the end of a big run-out tide.

Britannia was first away off 13 mins, then Scot (10), Tangalooma (9), Australia (6), The Mistake (5), Myra Too (2) and Yendys off scratch.   The skiffs had to deal with some noticeable harbour joggle on the beat down to the Beashel Buoy with the breeze flicking around between NE and ENE.  Britannia was first to round the top mark for the run to Shark Island, followed by Scot, Tangalooma, The Mistake, Myra Too, Australia and Yendys.  The bit of east in the breeze made for a free angle down the first run with most skiffs enjoying a fast downwind ride allowing some to make up time on the boats ahead.

Positions remained unchanged after the first run where Britannia gybed first to lead the way for the next run to Clark Island.   Britannia rounded the bottom mark with a comfortable lead for the beat up to Chowder Bay.  The skiffs that followed were in a group made up of Scot, Myra Too, The Mistake and Tangalooma, followed by Australia and Yendys.   The Britannia team were in their element punching upwind to Chowder ahead of the chasing group of Scot, Myra Too and The Mistake. 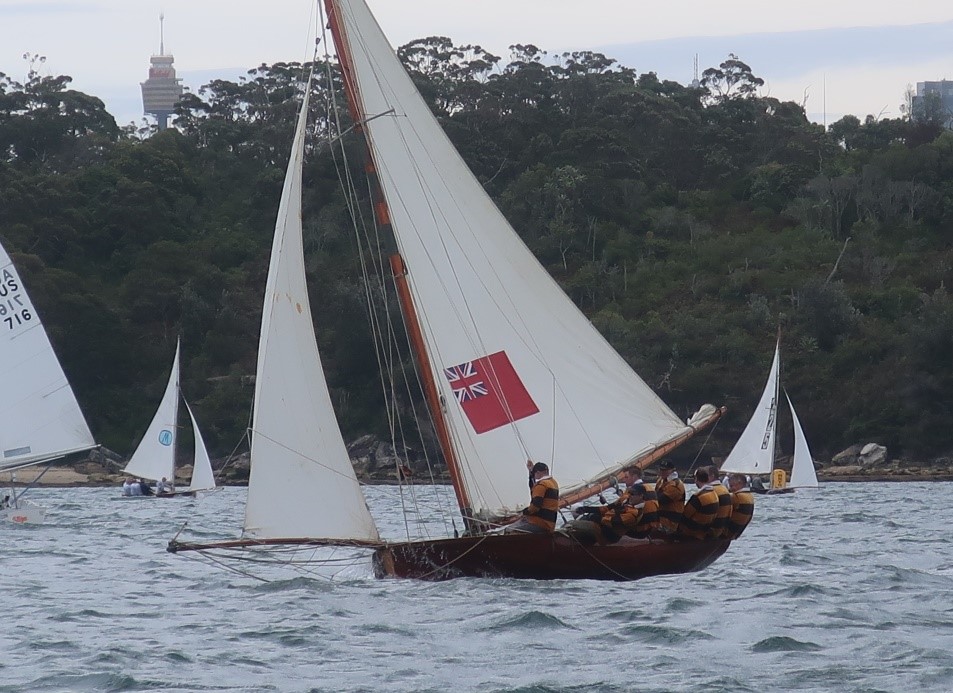 Britannia continued to hold a good lead after rounding the Chowder Bay mark where they set a ballooner for the reach to Shark Island but half way across, had to alter course and briefly slow down to give way to an in-bound Manly Ferry.  Meanwhile back at Chowder, Myra Too rounded in 2nd place, just ahead of The Mistake and Scot, then set a peak-head spinnaker for a spectacular chase after Britannia.   As Britannia closed on the Shark Island mark, Myra Too drew alongside to take the inside position where Myra Too gybed first to take the lead for the run to the finish.   The Mistake did not carry a spinnaker from Chowder, but on the final run under spinnaker they moved into second place towards the end of the run.  Myra Too went on to win from The Mistake, Britannia, Scot, Tangalooma, Yendys and Australia. 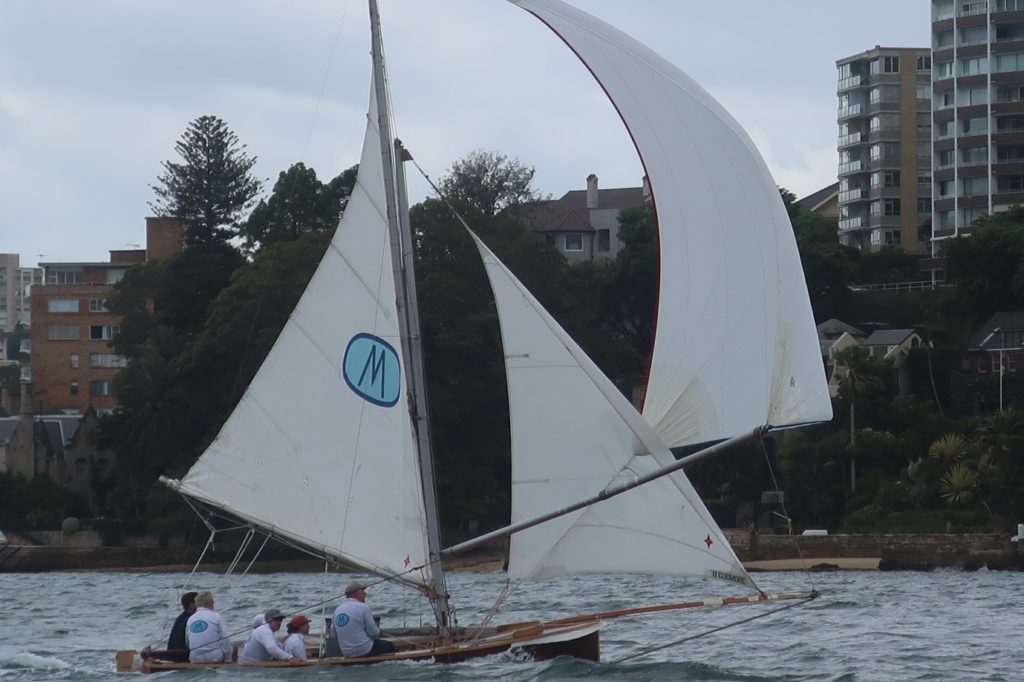 With thanks to our on-water support team of Russell, Roy, Peter, Adrienne, Chuck, Bill, Janis and Bill,  post-race support from Ross, Coral and Margot, Angove Wines and the rest of our tireless volunteers, along with the dedicated team at Rosman Ferries.  We look forward to seeing you down at the Squaddie next week