Race 6 of the 2017-18 Season and Heat Six of the Spring Point Score.  Fine spring weather and a moderate easterly breeze made for ideal conditions to be out on Sydney Harbour with seven skiffs on hand to contest the day’s racing.   Nice to see some of the Alruth team make their first appearance for the season as fill-in crew on Yendys.  The race got underway from a handicap start off Kurraba Point on the no.2 Easterly course, with the tide almost high and the breeze East-NE.  Most skiffs carried no.1 large mainsails or full size no.2 rigs. 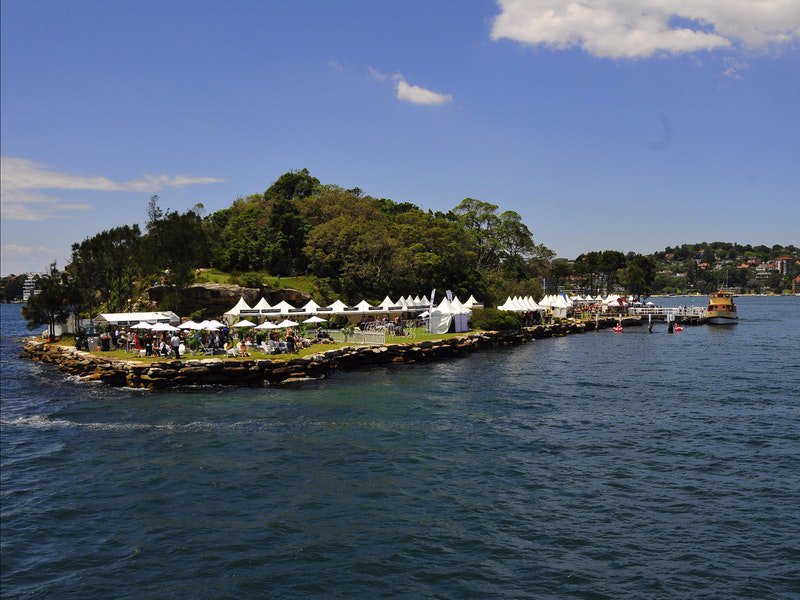 A crowd had gathered and set up tents on our rounding mark. Was this to watch the 18’s?

Britannia was first away off 13 mins followed by Scot (10), Tangalooma (9), The Mistake and Australia together (6), Myra Too (4), then Yendys off scratch.   The first section of the leg up to Shark Island was a long port tack down harbour with the breeze out of Athol bending around to the NE, while beyond Bradley’s Head the breeze was ENE.  Britannia was first to round Shark Island with Scot a close 2nd having made up time on the first beat, then Tangalooma, The Mistake, Myra Too, Australia and Yendys also having made up time.

The run from Shark Island back to Kurraba started off as a free run with most skiffs carrying large spinnakers, but as previously mentioned the breeze at the bottom section of the course was more left creating a tighter angle to carry spinnakers.  Half way down the run it appeared Britannia had some difficulty in holding up to course, their cause not helped by the congregation of harbour traffic with the slow moving tall ship James Craig a major obstacle to hamper their progress.  Meanwhile Scot held a high course and sailed into the lead to turn first at Kurraba Point for the leg to Clark Island, followed by Tangalooma, Britannia, The Mistake, Myra Too, Australia and Yendys.

A crowd had gathered and set up tents on our rounding mark. Was this to watch the 18’s?

The main and jib reach to Clark Island (renamed “Wine Island 2017” for the wine festival over the weekend) provided a great spectacle with the skiffs being pushed hard and sailing in close formation (…isn’t that what “flying squadrons” do?) before making the turn for the final beat up to Shark Island.  As the skiffs worked up the Point Piper shore, Scot continued to lead but was slow to react to a port/starboard situation with Tangalooma.  Scot then completed a 360 degree turn to exonerate their infringement.   The close racing continued up to Shark Island with Tangalooma first to round followed by The Mistake, Myra Too, Britannia, Scot, Yendys and Australia.

There was less harbour traffic to deal with for the final run back to Kurraba.  The Mistake and Myra Too had a close tussle as they made up ground on Tangalooma, with the crews on all 3 skiffs working hard to manage the puffy conditions and the progressively tight wind angle.  Tangalooma was unable to hold up to course and then left it a bit late to get rid of their spinnaker losing time and places in the process.  Myra Too was able to sail below and away from The Mistake, but then at the final stage had to flag their spinnaker to make course to the finish line and take the gun by 27 secs from The Mistake, then Britannia, Tangalooma by 1 sec ahead of Scot, then Yendys and Australia.

With thanks to our on-water support team of Barley, Stu, Russell, Roy, Peter, Adrienne, Chuck, Bill, Janis and Bill, David; post-race support from Ross, Coral and Margot, Angove Wines and the rest of our tireless volunteers, along with the dedicated team at Rosman Ferries.  We look forward to seeing you down at the Squaddie next week. 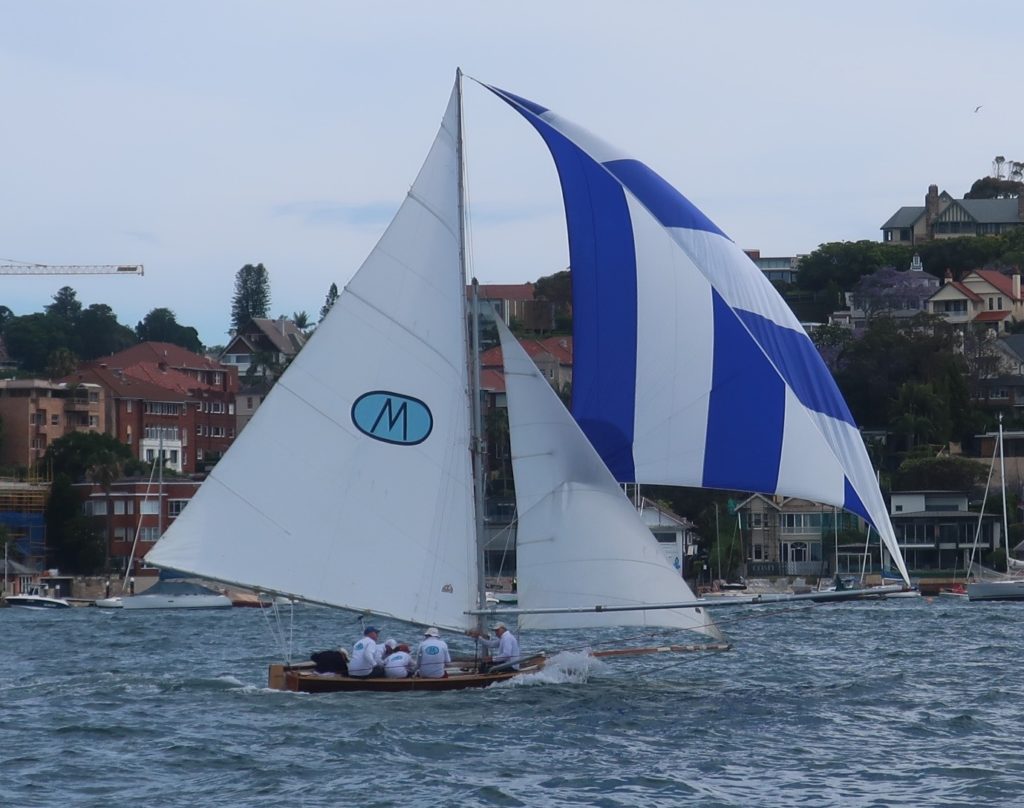